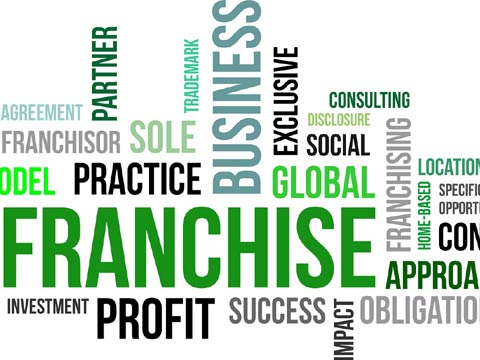 Eastern India is the new hub of business and expansion and as debatable as it might sound there are several factors that substantiate this. Eastern India which was considered for a long time as a market averse towards business and industrial growth has come up with possibilities of investment and growth of business.

As the trend has been until a few years back, investment in business was always confined to the developed states and cities due to the smaller amounts of profits and huge investments in Eastern India had prospective investors face away from the Eastern parts of the country. With the eventual changing face of the market and realization that the market of eastern India with its recent growth is maiden and has the potential to be tapped to the fullest of profit has moved retailers and businesses to expand through franchising.

Some of the major pull factors that have kept Eastern India from being explored and invested on can be traced back to hostile political situations, lack of infrastructure, access and connectivity, general lagging in terms of technological advancements, lack of research and development and also the conservative attitudes of customers towards experimentation. But the recent development has ensured that east India’s full potential is tried up to its highest limits with Kolkata as the major gateway to all the major cities and also the hub of all major regional, national and international brands.

Eastern India is a market where cultural diversities form a prime factor which has to be considered while expanding or setting business and it is essential that brands and businesses understand and cater to the ethnic needs of local people. Suvankar Sen of major Kolkata based jewellery brand said that, “It is the market that gives respect to value for money. It gives value to relationship. That is the driving force”. He further explained that eastern Indian market was the last to attain growth by adopting new practices and keeping up with the changing trends. The market has immense potential of growth in terms of water, food and manpower.

Driving forces
Mr Biyani explained that the current driving forces in franchising in eastern India is the development of smaller cities and town. These markets are still virgin and they last on the list of organised retailers. The local entrepreneurs are seeking to encash the opportunity to introduce quality products to the customers of eastern India. “The combination of the strength of the companies which understands the needs of the eastern consumers and local entrepreneurs are the driving forces behind franchising in eastern India” said Mr Biyani.

Dos and Don’ts
Mr Sen said that it is important to think about the franchiser who is investing on the brand. His return on investment on one brand is most important. He added, “Do not just think about yourself”.

Mr Biyani explained, it is very important to explain the pros and cons of the business before signing a franchisee agreement. It is important that the franchise partners are treated the same way as family members and they get the same experience as consumers would and they must always be informed. He said, “Don’t compromise on the customer experience” and added if things don’t go well one should never blame the franchisors and should devise  a strategy to help the business back on track.

Plans and ideas
Mr Suvankar Sen said, “we would like to grow at 20% rate by opening more stores and franchises in various cities and towns of India”. At present Senco has 85 stores with 40 franchises mostly in eastern India. “we are the most respectable jewellery brand in eastern India and we hope to expand through franchise model And earn respectable partners” said Sen.

Mr Biyani said on the same line, “we have currently 26 stores and hope to make them 40 by next year, up to 100 in the next three years and 300 in the coming six years”. He revealed his plans to earn a 50% growth each year for the brand. He also revealed his brand’s current model and that they have gained access to the market through outdoor advertising solutions, leaflet distributions, billboard solutions advertising through campaigns in cinema halls and various other methods. The brand provides an unparallel coverage in all directions.

Conclusion
Talking to these regional brands who have gained access to a pan Indian market showed that franchising is a much viable option for growth of business as it ensures quality service and products to customers while spreading among more and more cities.