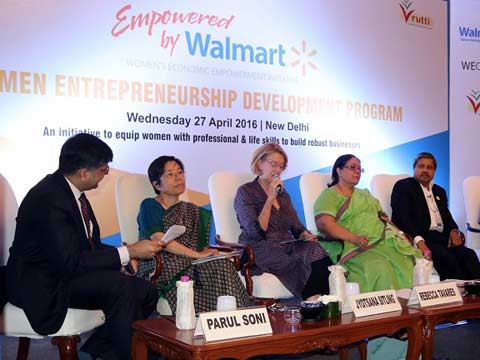 American multinational retail giant Walmart is now eyeing evaluating opportunities in the processed food retailing segment and is all set for its next phase of opening up of new cash and carry stores in the last quarter of 2017. The move comes ahead of approval of 100 per cent FDI in the segment.

Commenting upon the same on Walmart’s Entrepreneurship Development Program, Krish Iyer, President & CEO, Walmart India said that the food processing is a very progressive step and bringing in more retailers into food retail will surely benefit the farmers and will eventually benefit the consumers.

The company is looking forward to open up pure food and grocery supermarkets in the country. As per Iyer, India has a bunch of retailers with food and grocery format and it will be interesting to see the development.

The company which operates 21 cash and carry stores under the brand 'Best Price' across the country, plans to open another 50 stores by year 2020.

Opening 50 stores by 2020 is our plans and it takes a minimum of 30 months to open a store depending on how fast you get approval, whether construction is on time. Pipeline building process is on,” he said.

The company is planning to opening stores in two more states including Haryana and Karnataka. It opened its newest store in August 2015 in Agra.

Walmart India has recently launched its ‘Entrepreneurship Development Program’ for Women-owned Businesses (WOBs) by introducing the 32 participants of the program at an event, which was attended by female entrepreneurs, retail industry experts, NGOs, government officials.

The programme was aimed at boosting women entrepreneurs’s  skills, capability and sustainability.