3 calamitous hurdles Flipkart encountered in the first quarter of 2016 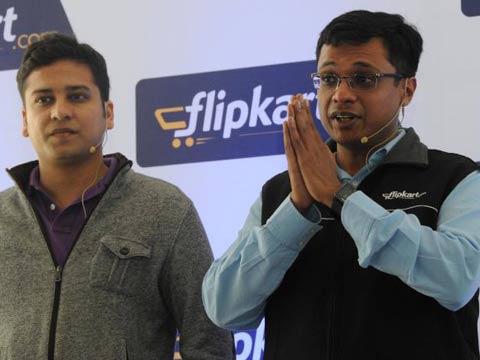 From the recent top level exits to major management reshuffle or Binny Bansal’s email hacking story, seems like ‘All is NOT well’ with the home-grown eRetailer Flipkart. As the eCommerce industry is already facing the heat with government’s updated policies and how brick-and-mortar retailers have come together to check the exponential growth of online marketplaces, the game is surely on a slippery ground for the online fraternity.

With a market share that is equivalent to the combined shares of other eCommerce majors including Snapdeal, Amazon India and Paytm together, Flipkart has no doubt revolutionised the entire retail scenario in India. But, looking at the current malfunctions the company is facing, it won’t be wrong to say that it’s time for Flipkart to say sayonara to the honeymoon period and fasten its seatbelts to maintain its monopoly.

Last couple of months has been a nightmare as the company was all over the news (of course for the downbeats). Here is the list of 3 catastrophic incidents Flipkart came across within 4 months of 2016:

Top management reshuffle
Year 2016 kicked off with one of the most shocking and an imprecise move by the eCommerce giant, when it reshuffled its top management executives. This rejigs made Binny Bansal, the new CEO and upgraded Sachin Bansal as the Executive Chairman of the company. Binny till now was the COO of the company. This restructuring was a blurred move not just for the industry but, for its employees too. Soon after the reshuffle, Myntra’s Co-founder along with Ankit Nagori (Flipkart’s Chief Business Officer) decided to call it a day at Flipkart. Not just them but, after the management reshuffle many of company’s executives have quit the company. Recently its Chief Product Officer Punit Soni too bid adieu with the firm. This was surely a not-so-well-thought move by the eCommerce giant.

Valuation Markdown
Soon after the above carnage, yet another thunder banged Flipkart’s wall. This time it was Morgan Stanley, a minority but a key investor of the company. It marked down its stake in the company to $103.97 per share, 27 per cent below the price of its last fundraising round. This markdown came just a week after Flipkart’s claimed itself as a $15.2 billion valuation eCommerce firm. The fall in share reduced Flipkart’s valuation to $11 billion. Billions went away within minutes!

100% FDI in eCommerce
This wasn’t the height of wickedness for the eCommerce giant as the decision to allow 100 per cent FDI in eCommerce got a green signal from the central government. It was great news for the industry, investors and those who prefer open market. But, for an online retailer like Flipkart which was already lobbying against FDI, the notification was more of a thunderstorm. Flipkart is at a situation, where a little flip-flop can make them lose the leadership crown. Foreign firms like Amazon and Alibaba will eventually benefit from the norm, but for Indian eRetailers tussle gets tougher from now and onwards!