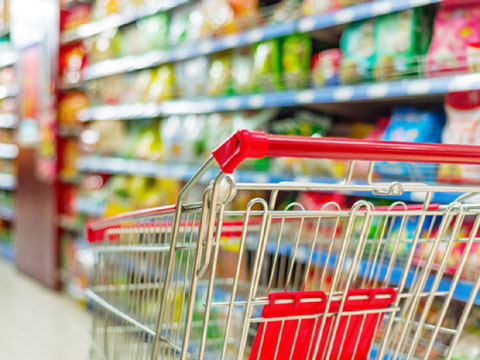 With shopping shifting from malls to mobiles, digital disruption in the last few years has changed the way new age consumers buy. As most of the routine purchase patterns collapse, the millennial buyers have also acquired new age consumer habits. In its recent study ‘Global Consumer Insights Survey 2018’, PwC has highlighted that there have been numerous changes in the new age consumer habits and in order to attract these customers, brands have to be tech-ready. While the survey has pointed out the old age retail routine like visiting a brick-and-mortar store is still a preferred choice of buying, it also suggests that brands have to pay more attention to smartphone dynamics and investment in AI and store experiences—especially in emerging markets, as there has been a major transition in consumer habits. According to the survey, some of the most radical changes in the new age habits are:

Brick-and-mortar still a favourite
Though retailers have come to understand that the era belongs to an omnichannel presence and while they devise their marketing strategies accordingly, the statistics of the survey are rather interesting. It shows that a majority of consumers have remained loyal to brick-and-mortar stores and it is still a preferred destination for shopping. To escape the mundane rituals of store shopping like standing in long queues for billing, the new age customers have switched over to ‘order online and pick up in store’ services which may have also contributed to the physical stores’ continued popularity.Anindita Kumar, co-founder of Yoga Bars, explains why brick-and-mortar is still a favourite among young buyers. She says, “Millennials thrive on convenience and time factor, and visiting a nearby store will always be a preferred choice for buying unless it is not a planned purchase. The touch-and-feel factor also plays a big role which is why retailers have taken the route to the omnichannel presence and ensure a brand is available both online and offline.”

Rise in mobile payments
The journey towards cashless India resulted in the historical rise of digital transactions, an overwhelming impact being on the use of mobile payments. While a majority of the respondents in the survey said that they preferred mobile payments over other modes of transaction, they have revealed that they even use smartphones to complete payment at brick-and-mortar stores, either through customized orders in advance, in-store apps or a mobile payment platform at checkout. Commenting on how digital payments play a crucial role to determine the buying behaviour of consumers, K.T.Prasad, country head, Zendesk India, says, “Digital payments, especially e-wallets, become extremely important as they capture customer preferences. Retailers can understand the spending behavior of customers and when value is added to e-wallets, it only means more sales. This is a positive trend and will only enable more easy business.”

Delivery speed plays a key role
“Consumers are shifting their shopping to instant gratification- as soon as they want something, they want to order it, rather than think about it until their next shopping excursion. They don’t even need to open their device; they can simply tell their digital assistants, such as Amazon Echo or Google Home, to make the purchase. That’s happening even for groceries, the last bastion of physical retail,” the survey says.It highlights, “Many consumers said they would pay an extra charge for same-day delivery. Similarly, consumers are willing to accept delivery by drone, at least for low-value products.”

The new influencers
The study warns that the expectations of new age consumers are different from the older generations and it is important to them to know what their peers think. The study finds out that social media plays a key role in helping a brand connect with millennial consumers, while emails from brands or retailers doesn’t resonate much with consumers as they reject intrusive sales pitches. Commenting on this trend, Shopmatic CMO Shenaz Bapooji, says, “Ever since social media came into existence it has been an influencer as people were constantly looking for reference points and social media was that huge influencer. With the liberation of communication, it is no surprise that new age customers look towards social media for guidance. Now, retailers have to adopt strategies to enter this market without being too much of interference.” She suggests that retailers have to find a marketing model which will get the attention of consumers, while they still hold a relevant place with meaningful and purposeful campaigns. “Only when this is achieved can the brand and consumer connect,” Shenaz opines.

The industry experts agree with the survey that concludes companies should respond to the new consumer habits by shifting their focus and investments accordingly. New business practices to support these investments can help companies go with the flow of new consumer behaviours, rather than fight the current.