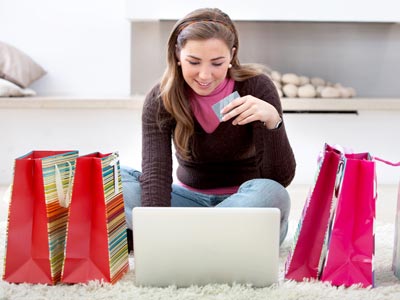 NEW DELHI: Bullish on e-commerce potential in India, Mahindra group is set to expand in the segment with its specialty retail venture Mom & Me and also gearing up to adopt franchise model for the next stage of expansion.

"I think e-commerce play in India is underestimated. Everybody's thinking there is bubble building up. No. I think e-commerce is going to explode in this country," Mahindra Group Chairman and Managing Director Anand Mahindra told PTI.

When asked if the group was ready to tap the segment, he said: "We are beginning to go into e-commerce...Mom & Me certainly will be a part of it."

At present, the group operates 110 company-owned stores and is looking to go franchise route for further expansion of Mom & Me that focusses on maternity and infantcare products.

On whether the group would be looking to invest in other e-commerce companies, Mahindra said at present the focus was on expanding the reach of Mom and me.

Commenting on the offline expansion of Mom & Me, Mahindra said the retail chain has reached a stage where it could be expanded via franchise model.

"We have been working on perfecting our business model. We take time. We get there eventually. We are now at this stage in Mom & Me where we have perfected our model by owning the stores. So we are at the point in Mom & Me where we are beginning to franchise," he added.

Explaining the reason for limited presence in retail sector, Mahindra said the group is known for getting into a business using differentiated strategy, except for the tractor business where it had adopted a "dominator strategy".

"We don't go into a business and throw a billion dollars and say we want to be the largest. We like to go and understand it and we would like to carve out segments. With this philosophy we said let's carve out this one area," he said, adding considering India's population the potential for mothercare segment was huge.

On whether the group planned to enter other formats in the retail sector, Mahindra said: "Not for the moment. We want to get this right. There are enough sceptics for Mom & Me itself. We will prove them wrong and then we will move on."