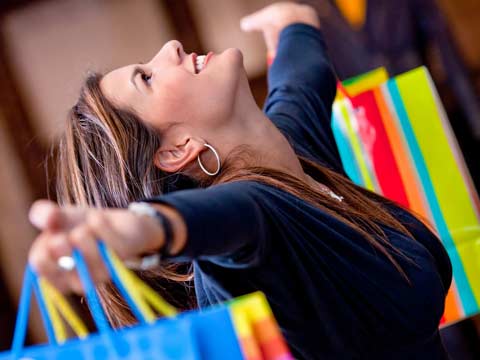 New Delhi: Home-grown online retailers Snapdeal and Myntra kick off New Year business with the launch of first sales of 2015. Apparently, it wasan effort to get larger share of consumers' pocket.

Last week, Snapdeal had launched its 'End of Season Sale' (EOSS) and witnessed 150% jump compared to its gross merchandise value numbers in the last week of December, Economic Times reported.

"We expect to touch lives of about 5 million shoppers during winter EOSS 2015 from 8,000 cities and towns, with more than 20,000 sellers participating in the sale," ET quoted Amit Maheshwari, vice-president, Fashion at Snapdeal, in its report.

Fashion e-tailer Myntra also held its 'End of Reason Sale' that closed on January 4, as it aims to hit the $1-billion mark in GMV in the coming 15 months.

Following technical glitches faced by Flipkart during Big Billion Day sale, Myntra has allowed only a limited number of buyers to its website during its EOSS in order to control traffic on its server.

The strategy seems to have worked well and Myntra had not experienced any significant technical glitches despite heavy traffic on the website.

However, many consumers on social media complained against the waiting period. Some of the buyers had to wait for slightly longer period.

According to the ET report almost Myntra's 80% shipments take less than three days and around 70% of Myntra's deliveries are handled in-house.