The toughest problem that the retailers are facing in terms of brands is counterfeiting: Raghu Pilaka

Omnichannel
The toughest problem that the retailers are facing in terms of brands is counterfeiting: Raghu Pilaka 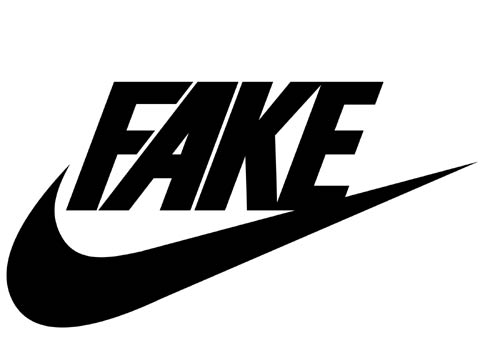 Ease of criminalisation of counterfeiting and not criminalisation of retail is what the retail industry is indeed in desperate need of amid its intensifying battle with fake products and made-ups in the current times of fake brands being sold on eCommerce platforms.

“The toughest problem that the retailers are facing in terms of brands is counterfeiting. There is a brand which sells more from the unorganised trade than from their own company and that is the amount of counterfeiting that’s happening”, said Raghu Pilaka, VP, (Special Projects)- Reliance Market, on the occassion of Retail Regulatory Summit 2016 in Mumbai.

There are two types of counterfeit, one is the products with cheap quality, colour, size, wrong logo and unmatched design to the brand originality and the other is made-ups that are extremely close to the genuine product, the brands are more concerned with the later one.

“There are some other brands making these made-ups where the fabric will be original and sourced from the similar mill where we are procuring from. The trims will be very similar, the labels could be genuine or could be fake, but made to look real and a lot of money is going into it. Even off late they have started copying our barcode sticker also, which cannot be scanned”, said Shefali Shyam, Head (Legal), Arvind Brands.

These made-ups are reaching tier II and III cities through eCommerce essentially. Posts receiving the products, consumers are complaining of fake products while connecting to the original brands directly. These marketplaces are not sure if the brand registering on the marketplace is a genuine or fake seller.

From the brands side it is very difficult yet expensive to crack down on mass numbers of fake brands in the grey market. From the regulatory perspective the counterfeiting of these products needs to be addressed in the copyright act.

“Now if I have five products, I can become a marketplace guy and start selling it. This is impacting us and we have not been able to control it. From the legal perspective, I can’t pull up the brand because it has every right to sell the product”, added Shefali.

“Counterfeiting is an Indian source of problem you have to live with that you cannot remove completely”, said Pulin Kumar, Sr Group Director (Legal & Compliance), Adidas India Pvt Ltd.

Consumers who are not able to afford original branded products choose to purchase counterfeits as eCommerce websites are selling fake products and shipping them after receiving online payments. The source of bulk of copies of coveted labels is the goods made in China, which are largely fuelling the demand for fake goods and made-ups in India.

According to Mint 2014 report, Indian market for fake luxury labels, including handbags, watches, sunglasses and perfumes, is expanding at twice the growth rate of genuine luxury products. And the sale of counterfeit luxury products in India is growing at an average annual growth rate of almost 40-45 percent.

As per the Associated Chambers of Commerce and Industry of India (ASSOCHAM) Indian fake luxury market was set to be of Rs 5,600 cr.

GST
While multi-fold taxes like custom duty to octroi are shelling out noticeable amount of money from the retailer’s pockets, GST could be a big relieve for them. They are quite upbeat about it too as GST is going to give a unified tax structure to boost the economy, whereas the tax cap in the GST will be the question of maintaining the balance between the tax payers and tax collectors.

“Once the GST is applied, the entire economy will move to be a consumption economy. There will be the level playing fields for offline and online retailers and more revenue will be generated. It will make entire country a uniform market. Inter-state tax will be subsumed. Consumers will have to only pay the actual final price of the product without worrying about the included taxes”, Pankaj Patel- Head Legal (Corporate Planning) -Future Group.

“In GST, controlling committee will address the retailer’s issues. The committee will have representatives from all the sectors of the business and regulators. Therefore, there will be somebody to address retailer’s real issues. There are positive and welcome move by the government” added Pulin Kumar.

Model Shop and Establishment Act
Another area of concern for the retailers is to keep the soft copies of the important documents in records as stated in the Model Shop and Establishment Act. For typical food and grocery retailers it is difficult to maintain the soft copies of around 60 to 70 in records. For all the listed retailers on BSE, number of documents will cross to thousands which will be difficult to maintain in soft copies. In this area, govt should further work to reduce the hassles of the retailers under regulatory reforming.

“Despite model shop and establishment act in place in cities like Delhi, retailers are not able to operate 24x7 due to local grievances, local area statutory occasions like a politician has called for widespread band. In these cases the retailers are forced to close their shops, despite their having a licence to run the shop 24x7 and 965 days. Thus, government should look into the matter to ensure that shops are open round the clock and all days. The retailers are also pressing on the demand to allow essential products like milk and grocery retail to remain open 24x 7”, added Raghu Pilaka.