We are not looking for financing, says Online marketplace Snapdeal

Omnichannel
We are not looking for financing, says Online marketplace Snapdeal 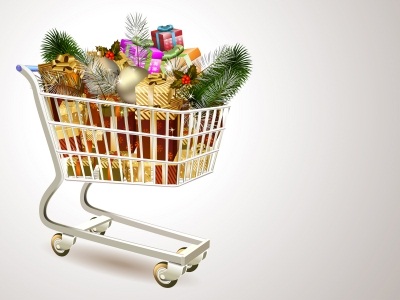 NEW DELHI: Online marketplace Snapdeal on Tuesday said it is well-funded and is not looking at financing to grow its business even as the burgeoning e-commerce market in India sees competitors raise billions of dollars to fuel expansion.

Snapdeal, which has raised about $ 400 million since its inception, has invested about $ 100 million in logistics and operations to expand its presence in the $ 3 billion Indian eCommerce market.

"We have so far raised between $ 300-400 million and of this, we have spent about $ 100 million on technology, logistics and operations. We still have huge funds left and so, we don't think we need to raise funds as of now," Snapdeal co-founder and CEO Kunal Bahl told reporters here.

A report by consulting firm Technopak pegs the $ 2.3 billion e-tailing market to reach $ 32 billion by 2020.

The city-based firm had raised $ 100 million (about Rs 600 crore) in May from Temasek, BlackRock Inc, Myriad, Premji Invest and Tybourne, while in February, it had received funding worth $ 133.7 million (about Rs 830 crore) from its existing investor, eBay and others.

On the other hand, its rival Flipkart on July 29 announced a $ 1 billion funding, which is the largest in the fledgling ecommerce sector.

Another report by consultancy firm PwC and industry body Assocham suggests that e-commerce firms are expected to spend up to $ 1.9 billion by 2017-2020 on infrastructure, logistics and warehousing.

"These announcements have definitely helped grow interest in our firm. We get a lot more queries now," he said.

Asked if the company would look at investing money in acquisitions, Bahl said Snapdeal would look at inorganic growth with tech firms but stay away from e-commerce firms.

"It doesn't make sense for us to acquire another e-commerce firm. We are open to tech companies that can help enhance buyer and seller experience," he said.

The company, which is inspired by Chinese e-Commerce giant Alibaba's marketplace model, today connects about 50,000 sellers with buyers across the country.

It has over 25 million registered users."We are aiming at one lakh sellers by the end of the fiscal. In the last one year, we have seen business growing 600 per cent. We already have GMV of $ 1 billion, it took us two and a half years to get there. I am confident that we will hit the $ 2 billion in a fraction of that time," he said.