eCommerce is still being understood by big retailers

Omnichannel
eCommerce is still being understood by big retailers 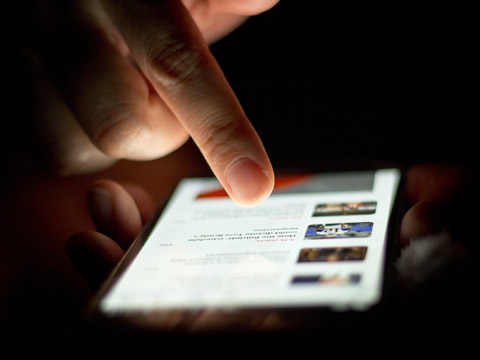 Indian eCommerce market--speculated at a worth of $119 bn by 2020 -- is still a learning curve for many leading retailers. Despite of strong brick and mortar presence, the physical retailers are trying to figure out the sweet spot for them and how eCommerce space is going to evolve viz- a- viz offline space.

Commenting on the same, Sanjeev Aggarwal, CEO, Geetanjali Exports Corp Ltd. asserted, “It’s still a learning curve for the retailers about what needs to be done correctly and what doesn’t need to be done. While electronics, mobiles apparels have done well on e-commerce Jewellery is way below on eCommerce in terms of numbers, less than half percent of the physical sales.”

“Ecommerce is a business that is still being understood by everybody all of us have been student of this business for the last two to three years. We were trying to see this disruption around us where few start-ups came in and created business which is worth much bigger than large departmental stores,” said Rajiv Nair, CEO, Celio Future Fashion Limited.

“We saw eCommerce as an opportunity to invest, burn cash and then get the turnover but after evaluating the cost we thought we don’t think we need to play that game because we already have strong brick and mortar presence. We are not running after those big bucks and still want to retain high level of trust, great product and great service,” said Mohit Dhanjal, Director Retail, Raymond.

As eCommerce is increasingly gaining momentum with facilitating convenience to the consumers it is also proving out to be the vital platform for these retailers to reach out to the consumers based in smallest Tier IV and V markets in the short span of time which otherwise would have not been possible with their brick and mortar presence. Around 40 per cent of the transaction in eRetail actually comes from Tier IV and V markets with growing mobile and internet penetration across the country.

“Ecommerce is a great opportunity to first access markets. With using online market places, we are able to reach out to consumer across smallest of pin-codes. We don’t want to see eCommerce as a volume generator, but as a reach or access point for us,” added Nair.

Along with listing their products across all the leading market places, these retailers are planning to launch their own portals soon and leverage their network of franchisee stores for the click and collect and last mile deliveries.

“For Omni-channel, our physical strength will give us leverage and would be a competitive advantage. We have close to 700 stores in 383 cities and 665 of them are franchised. We will leverage the inventories of these franchisees and use them as point of collection with click and collect model. Also we will use them for last mile delivery with right technology in 6-8 months,” added Dhanjal.

Similar to Raymond, Celio - which is planning to launch its own online shopping portal by 2017 and opening 35 to 40 stores through franchising - is also planning to leverage its stores network for the last mile delivery.

According to the Morgan Stanley February 12 report, India is adding three internet users every second and is already the second-largest internet market globally in terms of users. It expects internet penetration to increase from 32 per cent in 2015 to 59 per cent in 2020, translating to a near-doubling the internet user base. Going by the report, India will have almost 320 million online shoppers by 2020 compared to 50 million in 2015.

Thus, it is need of the hour for the retailers of the country to wake up to the real potential of the online space amid increasing penetration of mobile and Internet across geographies and integrate all the channels of trade to provide seamless Omni-channel experience to the consumer.