Is There Job Satisfaction or Gender Diversity in Southeast Asia's E-commerce Industry?

Omnichannel
Is There Job Satisfaction or Gender Diversity in Southeast Asia's E-commerce Industry? 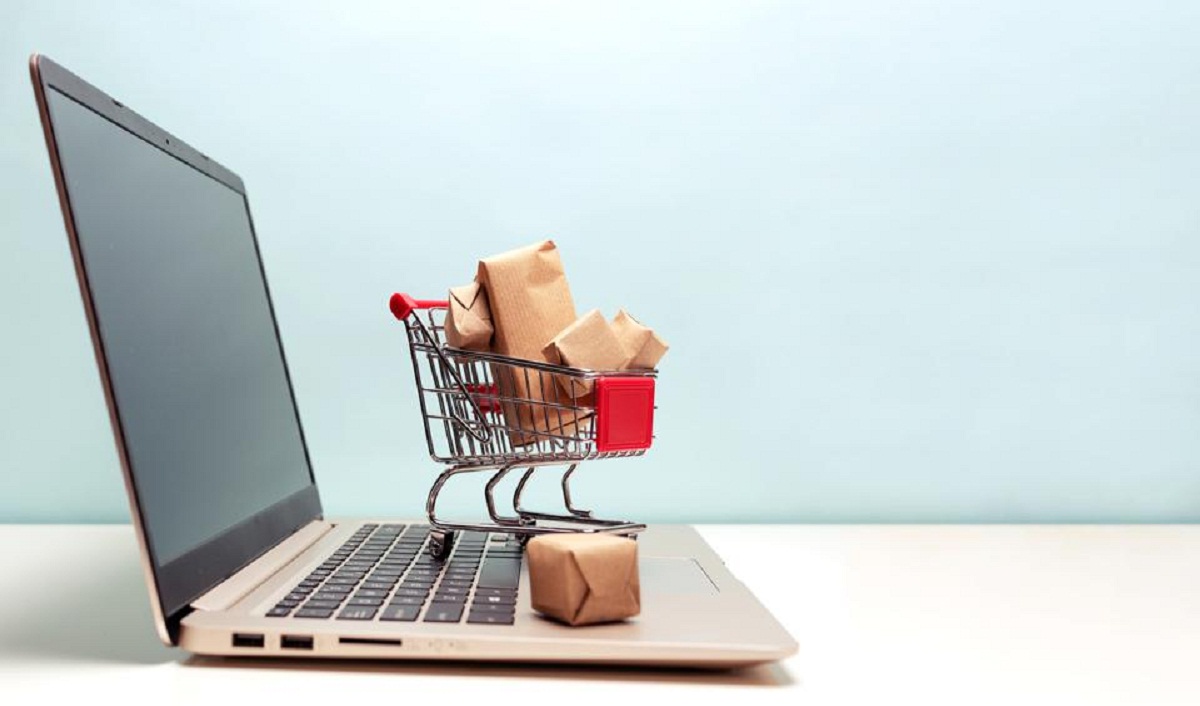 E-commerce is a fairly new industry. It arrived in Southeast Asia sometime around the ’90s, and only became what it is today, a rapidly accelerating economy, in the last decade. Thus, we may wonder if working in this young sector is any different than older, more developed industries?

Since e-commerce is a place for the internet-savvy, are we expected to see the millennials’ and Gen Z’s work ethics more in this sector? Can we see more gender diversity in top-level roles? 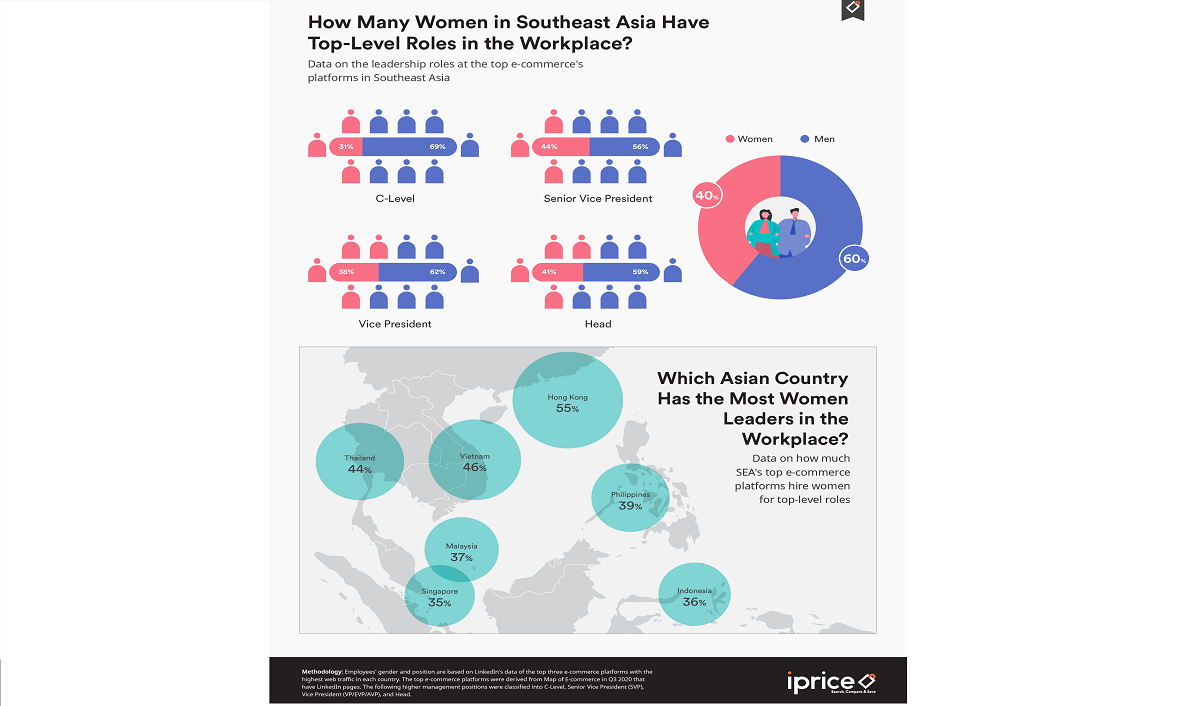 It’s crazy to realize how women just gained the right to vote about a hundred years ago. These days, however, we’re starting to see women climb up the career ladder on the same top-level roles as men. Nonetheless, the disparity is still present due to many years of women’s unconscious bias to be family-oriented.

Overall, there is a 60-40 disparity between men and women when it comes to being in positions of power. Given centuries of gender inequality and women taking time off for child-rearing, the disparity isn’t as wide as we may have assumed.

Comparing all 7 seven countries, Hong Kong has the highest percentage of women in power in the top e-commerce companies in Southeast Asia, where 55 percent of the top-level roles are actually women. Vietnam and Thailand trail behind Hong Kong at 46 percent and 44 percent respectively. In the Philippines, 39 percent of these top-level positions are held by women, followed by Malaysia (37 percent), Indonesia (36 percent). Surprisingly, Singapore has the least women in power in Southeast Asia with 35 percent. 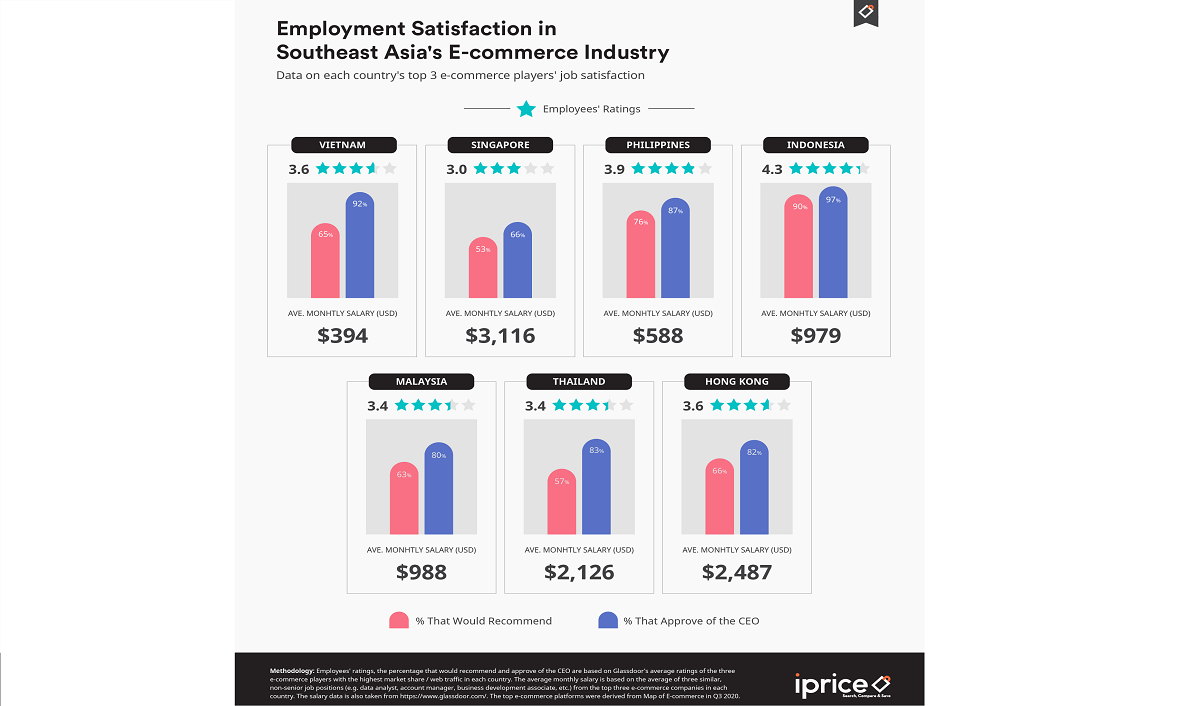 Overall, employees don’t seem to loathe working in the e-commerce industry of Southeast Asia. In all seven countries, the ratings are average to above-average (from a 3-star to a 4.3-star rating). Half or more of these employees would recommend e-commerce companies as a workplace to their friends, while e-commerce CEOs have really high approval ratings (66-97 percent).

The next most satisfied employees are Filipinos. They give their top 3 e-commerce companies a 3.8-star rating, while 76 percent of them would recommend the companies to friends, and 87 percent of them approve of their CEOs. It’s quite interesting since the Philippines has one of the lowest recorded salaries (US$588/mo) among the seven countries, right after Vietnam (US$394/mo).

Despite having the highest salary among the seven countries (US$3,116/mo), Singaporeans seem to be the most unsatisfied with working in the top e-commerce companies. Participants of Glassdoor only gave an average of 3-stars to the top three e-commerce companies in Singapore. Only a little more than half of them (53 percent) would recommend these companies to a friend, and only 66 percent of them approve of the CEO.

In Conclusion: Southeast Asia’s E-Commerce Industry is Not a Bad Place

With iPrice’s aggregated data, it seems that this young industry does hold the value of its employees by gaining at the very least, an average satisfaction rate among its employees. Lastly, it doesn’t seem to discriminate gender as well, given the total gender disparity among top-level roles is not so wide (60-40). The future seems to be bright in a new industry like e-commerce, where there are more empathy and less discrimination to its employees.