First 5 no-frills airports to come up in 4 states 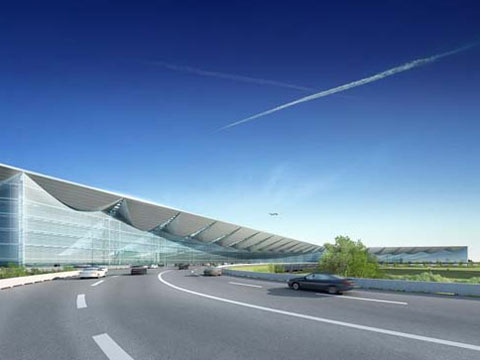 New Delhi: The first five no-frills airports would come up in four states and the work would begin in the next six months.

The airports, which have been shortlisted from 50 cities and towns in remote areas and various unconnected regions across the country, would come up at Tezu (Arunachal Pradesh), Kishangarh (Rajasthan), Jharsuguda (Odisha), Hubli and Belgaum (Karnataka), Civil Aviation Minister Ashok Gajapathi Raju told reporters here on Tuesday (09 September).

Airports Authority of India (AAI) has developed a no- frills model airport which will provide essential services needed to operationalise the airports, without in any way compromising safety and security.

"This will result in low cost of operation and make it viable for the airlines to run their services," he said, adding that AAI was "committed to commencing work in this financial year at the five locations".

Raju said a draft policy on remote and regional connectivity has also been evolved, which would aim at granting various concessions and incentives to airlines to fly to such areas.

The minister said a "conscious effort" was being made to develop routes to unserved and under-served airports and the draft policy was being discussed with all stakeholders, including airlines and airport operators.

Aiming at giving a boost to the air cargo and MRO (Maintenance, Repair, Overhaul) sectors, the ministry was consulting stakeholders and experts to finalise policy guidelines and take other measures like tax concessions and regulatory steps in this regard, Raju said.

For facilitating cargo transportation, off-airport facilities were being created to handle export and import of goods away from the cargo terminals, he said.

Among other issues relating to aviation infrastructure, he said a new terminal would come up at Port Blair airport at a cost of Rs 374 crore, while sophisticated air navigation facilities were being installed in Mumbai and Kolkata airports to enhance radar coverage on huge airspace in these regions.