Big Bazaar to connect the masses through kabaddi

D2C
Big Bazaar to connect the masses through kabaddi 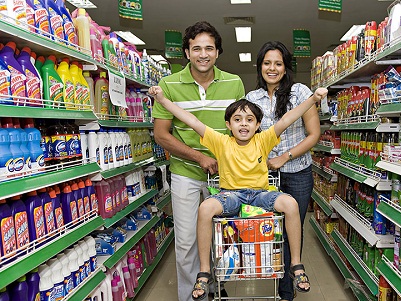 KOLKATA: Future Retail entity Big Bazaar, a leading retailing chain, is aiming to connect the masses through associating the brand with kabaddi sport, a senior company official has said.

"Kabaddi is a national sport and played by the masses particularly in rural India. So we came in close association with the sport with the view to connect with the masses," Akshay Mehrotra, chief marketing officer of Big Bazaar, told PTI.

He said Big Bazaar had always been traditional in nature, but modernity was slowly creeping in.Now Kabaddi was evolving as a modern sport and no more played on soil.

"Now Big Bazaar also is moving into modernity", he said. Big Bazaar is owning the Kolkata team Bengal Warriors which was playing the pro-Kabaddi tournament where a total of eight teams were participating.

The next phase of the pro-Kabaddi tournament would start here tomorrow.

He said amateur kabaddi was being replaced by professional kabaddi and was the second most watched sport in the country after cricket.

Asked about the monetary involvement in its association with kabaddi, Mehrotra said that in the first two years, it would be an investment period.

"From third years onwards, there will some positive impact on the bottomline," he said. Big Bazaar also plans to sell Bengal Warriors merchandise at a later stage.

There were 220 Big Bazaar stores in the country at present. Seventeen more would be opened this fiscal, he said.