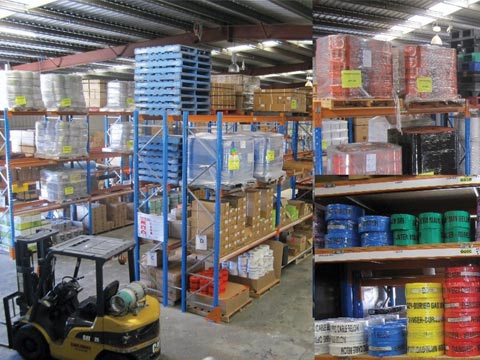 General trade is vital for the success of manufacturers and the trade network ecosystem. Due to all the hype around e-commerce, it’s easy to forget that general trade is the backbone of our economy and it is here to stay for decades to come. However, it is failing to perform as desired due to varied problems and challenges. The General Trade Network can be revived with restructuring the distribution network and technological support.

Peeping in the past, the only form of trade that earlier existed was Barter System without monetary transactions. However, with rise of the internet, you can simply buy anything and everything with a click of a button. Although, this sounds convenient, but it has also brought up problems and challenges, most of which can be overcome.

In India, manufacturers reach the consumers in two different ways:

MT consists of local and international supermarkets and hypermarkets or convenience store that retail FMCG goods. It is also known as organized retail and has been slowly gaining importance.

GT is local retailing i.e. small scale businesses who are serviced by the distributors or agents. They serve the consumers who shop day to day necessities in small quantities.

Thus while general trade is largely consumer dependent and is similar to the traditional way of doing business, modern trade depends heavily on marketing and promotions.

With the entry of modern trade things have greatly changed, its share of the market is consistently increasing. Massive infrastructure development, catchy interiors, technological development, standardization, marketing and promotion has all helped boost its smooth penetration.

But the general trade systems have remained the same. There has been no significant technological innovation in this arena over past five decades. As a result there has been stagnation in the general trade network of India. Today, the manufacturers and distributors are struggling to keep pace with the fast changing consumer demands. They are fighting multiple battles: On one side they are fighting Modern trade while on the other side they have Ecommerce companies, that have not just made shopping convenient but have also put the finest assortment of products in front of the customers. Also, the low cost goods supplies from China have been a great hindrance for the general trade.

While the modern trade is developing a strong foothold with technological development and support the general trade system is losing it all being a helpless watchdog.

The Neglected Problem: What went wrong for General Trade?

Witnessing the growth of these E-commerce and MT companies, the traders haven’t done anything to compete and elevate their own selves except retaliating against them. Although, some have tried to match the pace with minor tech innovations (for example building their own websites and apps, leveraging social media etc.) but there has been no major disruption in this space.

In the past couple of years, the major focus was only on B2C disruptions which have led to multiple innovations across varied categories like travel, E-commerce, entertainment, logistics and many more. But the backbone of Indian business i.e. the General Trade Distribution System has remained neglected all this while.

Another issue that plagues the GT ecosystem is the lack of access to credit and logistics. Distributors, wholesalers and retailers struggle with getting loans and rely heavily on their upstream sellers to extend flexible payment terms and setup the right logistics. This creates a massive problem for sellers, since financing and logistics are not part of their core business. Also it limits their scope to only those buyers they can fully trust. Given the explosion of NBFCs, logistics companies and insurers there is a massive opportunity for startups to help match these companies to the right buyers.

Perhaps, the game is yet not over for the General Trade System, as it is still playing in the forefront of India’s Trade Network ball game. Startups and large players who can digitize the general trade network and solve these lingering problems will not only ensure the survival of the network but also take a big winning in the process given the scale of the problem.

The Need of the Hour: Solid Solution

In this competitive era of digitization, when survival itself can be threatened, steady growth can only come when the general trade network ecosystem quickly adopts technical and business model innovations. Since many of these businesses operate on low margins and are not that tech savvy, to ensure large scale adoption its important that the technology is extremely intuitive and affordable even for the smallest players such as a retailer in a small town.  Only then can the entire national network of manufacturers, distributors and retailers be upgraded in the way they connect, transact and deal with each other. There is a strong need to develop such a system that serves the general trade network ecosystem and simplifies the trading process.

Analyzing the scenario of trade network system, Mr Sriram Subramanian, Founder and Director of Bnext said, “Today the small and medium businesses understand the importance of digital transformations but so far the solutions available have been either expensive or complicated. The market needs an affordable and highly intuitive digitized solution that works in sync with the present system. The major shift of the companies in future will be towards transparency and data-driven business intelligence and only digitized supply chains could move them towards ‘open data culture’ entities.”

While we know the future is digital and it largely demands data-driven transparency, we need a smart and systematic business solution that not only empowers manufacturers but also distributors, wholesalers and retailers, i.e. the entire supply chain. As disruption is not just about changing the system but about adding value to the present systems by enabling positive outcomes for all stakeholders.

The article has been penned down by Dipti Singla, Founder, Bnext.in