Is investment back in retail?

D2C
Is investment back in retail? 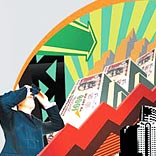 The investment scenario in retail has chord a positive tune recently and retailers are hoping big funding opportunities to come in this segment. Backed by a slight improvement of domestic trade market and a rising tendency of rupee going back to normal, investors are expecting to see more baskets to put their money in.

In mid November 2013, Burger King has formed a joint venture with Everstone Group, an India-owned, Singapore-based private equity and real estate group. Together they plan to start restaurants across the country. Under the deal, Everstone has entered into a long-term master franchise and development agreement with Burger King Worldwide that includes sub-franchise rights for all of India.

Talking about the recent funding scenario in Indian retail, Rajiv Srivastava, Founder & CEO, Urban Ladder says, “The previous 18 months starting late 2011 were in a lull, but the excitement is certainly back now as can be seen with more activity overall in the space, specifically some big fund raisers in e-commerce”. In November, 2013, Urban Ladder raised USD5 million in Series A funding from SAIF Partners, and from existing investor Kalaari Capital. The company needed funding to expand footprint, products range and to build its technology platform.

On the private equity investment side, retail has been quite an active sector. Seven percent of total deal values have been in this space, ranking 4th amongst all sectors. Operating retailers have made fairly selected & calibrated investments in store / format expansions. While most grocery retailers have been focussed on becoming profitable, apparel and specialty retailers have kept investments going owing to good double digit growth this year.

Srivastava adds, “There is a big push for scale consolidation for the horizontal e-commerce players (like Flipkart, Snapdeal) and a lot of focus on differentiation and product for the vertical players (like Urban Ladder, Zivame, Lenskart, HealthKart etc.)”.

Given the rise of funding happening in Indian e-retail segment, a perspective is gaining popularity if the online retail is more attractive to an investor than a brick-mortar store. Recently, online retailers like Yebhi.com, Fashionara, Snapdeal, Healthkart, Zomato have raised funding.

Commenting on the same, Mathur of BCG says, “Despite no real success stories on the profitability front, the revenue multiples of the industry in India look extremely scrumptious. For example, despite posting Rs 280 crore loss on a Rs 2000 crore revenue, Flipkart commands a Rs 10,000 crore valuation based on their recent round of funding”.

Elements to look at

While choosing an investment firm, the retail company generally enquires a) The investor’s track record, b) Competency in delivering insights, c) The members on board. On the other hand, the investors examine the business model, the investee team and of course scalability of such business.

Srivastava of Urban Ladder says, “There should be a certain fit in terms of alignment on business goals, way of working, and experience in the past for the retail firm in a particular category and willingness and ability to fund future rounds where capital is necessary”.

Mathur of BCG feels, “The long term promise of India's consumption growth will always keep investors interested in Indian retail. While for many business owners, investments in retail are still in the gestation phase multiple private investments in food service & apparel have paid off handsome multiples”.

Generally an investor firm decides exit at the time of finalising investment in a certain company. And, exit policy too plays crucial role in determining success of an investor-investee relationship. Sharing insight on the same, Srivastava of Urban Ladder says, “Typically, horizontals probably focus on listing in public markets / IPOs at a large scale while verticals focus on profitability at a smaller scale and alignment with a strategic investor / acquisition by a larger brand”.

Speaking on the upcoming investment trend in retail, experts say private equity funding is going to be active and the PE players will look at relatively higher margin apparel, QSR and e-retail ventures. The last quarter of 2014 might see an upsurge of investment activities as per the industry veteran.