How Crocs regained its footprint in India?

Consumer Behaviour
How Crocs regained its footprint in India? 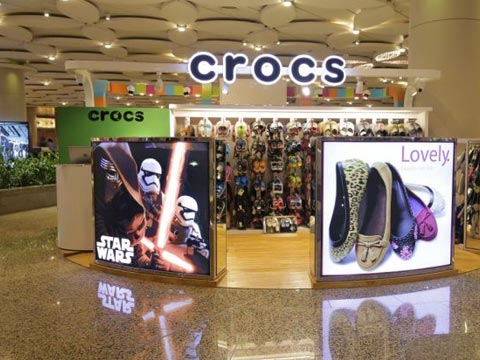 There are many retailers who have quietly enjoyed significant success with the adoption of franchise strategies. No, doubt franchising is a sustainable model for retail expansion; however, things can go away if there are loopholes in the strategy. For example, Crocs, a premium footwear brand  is one such retailer which had build the rich network of offline stores in India via franchise model and eventually gone done to zero due to fatuous strategy. After corrective measures in its master franchising strategy, today the brand has around 50 stores among which 35 are run by its master franchiser Metro Shoes. Let’s try to understand the journey of the brand..

Crocs is a premium footwear retailer, so retail is a very important aspect of the brand and has many inherent benefits like it allows having very wide assortment which customer can look at, and very wide line which the brand is retailing globally. Speaking on brand presence in India, Deepak Chhabra, CEO  & MD at Crocs India said, “In India we had choice, whether to run our own stores or opt for franchise route. Since, we are 100% FDI so we are not allowed to open. And, we don’t have any manufacturing unit in India. We decided not to run stores because it would require a different set of expertise. We rather wanted to put focus on marketing and product development and supporting the franchisee.”

“India is a very vast country and running stores by own self can defocus you. And, if you have a partner who has expertise of local market, then it makes a lot of sense. All is required is, a mix of professionalism and entrepreneurship, that is why we have opted for franchise model,” he shared.

When the brand started India operation almost a decade back, the company had master franchisee with whom Crocs open 32 stores but very soon the store count decreased to zero.  “We were not aligned. Aligned in a sense, pace of growth, expansion, and the way operations happens at the store, look feel, investment in visual merchandising. Nothing was happening in sync, so from 32 to we become zero. We learnt very hard way that you can have master franchise but what if does not go well. And, in our case it did not go well,” shared Chhabra.

Speaking further Chabbra shared, “Then, we thought of having regional franchisee, but it has its own share of difficulties, for example, if you have seven franchises and if they are not align to each other as everybody has their own set of troubles. Moreover, they look at unit economics rather than share economics so it does not work. Then, we realize that expansion has become faster but we are losing control over retail operational. Then, we thought may be master franchise model was not right may be we did not choose right partner.”

The expertise of Metro Shoes which is almost a half century old retailer helped the brand in regaining its lost footprint.

Metro is for exclusive brand outlet of Crocs; however, for MBO distribution the company has collaboration with various large format retail chains including Reliance Footprint, Lifestyle, Shoppers Stop, etc

“Currently, we are very strong in South India and West. Our expansion for next six to twelve months will be largely focused on North and East India. We are also planning to open many stores in North East also,” he said.

Speaking on brand positioning Chabbra said, “We have strong shift towards casual category rather being positioned as just travel beach wear brand. All our associations, marketing campaigns, digital campaigns are focused on fashion, casual wear, boots, wedges which are not Crocs was known far. Our casual segment is growing over 30% since last year.”