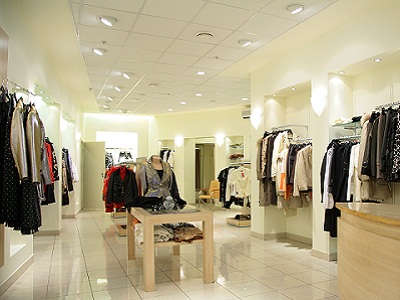 NEW DELHI: Fashion and apparels brand Numero Uno is embarking on an expansion drive in the country with plans to open 35 exclusive brand outlets by the end of this fiscal.

The company also plans to add 100 new multi-brand outlets (MBOs) to its network by the end of this financial year as it targets South and East Indian markets, apart from looking to venture into e-retailing business.

"We plan to add 35 EBOs and 100 more MBOs by the end of this financial year," Numero Uno Director Narinder Singh told PTI.

The company has a network of 190 exclusive brand outlets (EBOs) and over 700 MBOs with a turnover of over Rs 150 crore and has 10 per cent market share of the denim market, Singh added.

Moreover, Numero Uno is also planning to launch its own e-retailing platform to sell its range of products, he said.

"Given the success and potential of the e-commerce platform, we are in the process of launching an exclusive Numero Uno online store," Singh said.

The denim maker is in e-commerce space with its various channel partners such as Flipkart, Jabong, Snapdeal and Myntra.

Numero Uno, which is still considered more as a North-based brand, is also planning to expand its presence in southern and eastern regions of the country.

"We have already entered the eastern market with a good presence in Jharkhand. We are also in the process of increasing our presence in the West Bengal market," Singh said.

"In South, we are present in a few large format stores and are exploring opportunities for opening up exclusive brand outlets," he added.

For expansion of network, the company was earlier working on a model which was a mix of franchise and company-owned stores.

"However, the focus will now shift to increasing company owned-stores to have a good balance between the two formats," Singh said.He added that denims have now become popular even in tier III cities because of the fabric's comfort and style factor."

People in tier III cities just like urban cities have started consuming denims and they slowly move on to consume branded denims," he added.

On export side, Singh said: "We are already exporting to Nepal and New Zealand and are always open for more opportunities in the future".

Numero Uno, which started its journey in 1987, offers a complete range of casual wear, innerwear, shoes and accessories.