Pepsico offers chance to fly free with purchase of kurkure 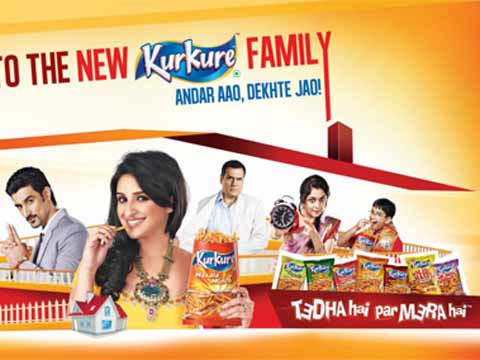 NEW DELHI: As part of its new marketing campaign for its snack product Kurkure, Pepsico offers a chance to win domestic air ticket this festive season.

The campaign allows a Kurkure buyer chance to win a free domestic air ticket, every hour, over two months, the company said in a statement.

"Kurkure's new festive campaign attempts to create a behavioural change, encouraging people to meet each other in person, face to face, fueling real love in relationships," it added.

Speaking about the campaign, PepsiCo India Director Marketing Vani Gupta said: "Our latest festive campaign seeks to reignite the warmth and love of celebrating as a family together. We are confident that this campaign will touch hearts."

The promotion is valid up to October 31, 2014 and a television commercial starring Parineeti Chopra, Kunal Kapoor, Boman Irani and Farida Jalal will soon go on-air in this regard.