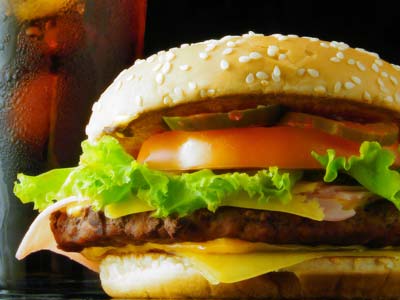 NEW DELHI: The estranged Indian partner of McDonald's, Vikram Bakshi on Tuesday asked the US food major to return all the prime properties leased to it for running restaurants.

Concluding arguments on Bakshi's behalf at the Company Law Board (CLB), his counsel said that all the allegations brought against him by McDonald's were "unfair".

According to Bakshi, the JV was formed for 25 years and he leased properties to run the restaurants.

He himself has given his nine properties, including one at Regal, on lease to McDonald's."... they should leave all properties for me," said S N Mukherjee, counsel appearing for Bakshi.

On McDonald's allegation of Bakshi's running other businesses and not devoting proper time to the JV, he said the US food major was aware of the situation.

"They have objection that you have 25 companies and not devoting proper time in JV. Its Bombay partner has 23 companies and for that he has been rewarded," Bakshi's counsel alleged.

"These reasons do not stand, they are absolutely malafide," he added.

Proceedings in this matter would continue tomorrow at CLB where McDonald's counsel would put forward their arguments.

Incorporated in June 1995, Connaught Plaza Restaurants Ltd (CPRL) is a 50:50 joint venture between McDonald's Corporation and Vikram Bakshi and it has been running fast food outlets in North and East India.

In a public notice on August 30, 2013, McDonald's India said: "Vikram Bakshi has ceased to be the Managing Director of Connaught Plaza Restaurants Ltd (CPRL) pursuant to expiration of Bakshi's term on July 17."

McDonald's had on November 28 last year terminated its joint venture agreement with Bakshi by sending a notice and had simultaneously moved to LCIA to settle the ongoing legal dispute.