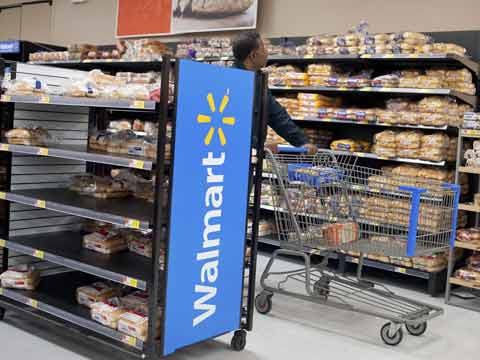 US retail giant Walmart Store Inc has recently announced that it will open 15 more cash-and-carry stores in Andhra Pradesh and will set up a centre for sourcing agriculture products from local farmers around the vicinity.
Commenting on the same, Krish Iyer, President & CEO, Walmart India, said, “the company has three stores in the state and it "plans to open another 15".
“Walmart India would engage in areas like working with small farmers, and investing in training,” he added.
Aiding employment in Andhra Pradesh, some of countries retail chain giants such as Walmart India, Future Group, Spencers and Arvind have signed MoUs with the government and will invest 1,500 cr for the same.
When asked about the ease of doing business in India, he said both at the centre and the state several steps are visible in this direction.
"The efforts are visible. The events on the ground do take time and I believe that in the next 12-18 months, we are going to see some significant results visible on the ground itself," he said.
With more and more international brands are betting big in Indian retail horizon, this step by Walmart surely targets at cementing its pole position in country’s retail space. Walmart India owns and operates around 20 Best Price Modern Wholesale stores in 8 states across India. The first store opened in Amritsar in 2009.