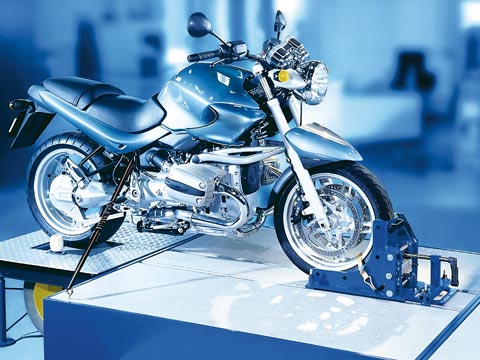 Several companies in India launched electric two-wheelers a decade ago. With the rising fuel cost, increasing levels of pollution, higher running and maintenance cost of vehicle, the electric two-wheelers were expected to have a very bright future. But, the market did not take off after a promising start.

The major distrust that erupted in the initial stages of the debut of electric two-wheelers (E2W) in the country was their performance which created an image that was realistically not in favour of these E2W’s as the initial products performed very poor in terms of backup, acceleration and even design.

“The early stage E2Ws gave a speed of 25 km/hr, had problems with acceleration, their battery lasted 8-9 hours on an average, needed a change in about 8 months or every 5000 kms, whichever came first,” says Tarun Mehta, Co Founder, Ather Energy.

The industry was expecting the governments to provide on-road recharging infrastructure at places like petrol stations so that users can recharge their vehicles on the go.

But, only about 5,000 recharging stations could be set up in the country – which was another deterrent.

The banks refused to provide loans to battery-run scooter buyers. About 60 per cent of the two-wheeler buyers opt for loans, but in case of electric scooters they had to give the entire money upfront.

Although the Centre was providing direct incentive to electric two-wheeler buyers, some States — in Uttar Pradesh and Punjab — are charging VAT as high as 14.5 per cent, further making the option unviable.

For E2W market to grow, there is a need to improve the technological abilities as the future of the E2W’s is totally dependent on the technology. Sohinder Gill, CEO, Hero Electric, says, “Infrastructural changes are long-term strategies that will take years to materialise. Till then, the government can intervene with policy frameworks and innovative solutions to ensure the survival of electric vehicle (EV) manufacturers.”

“Our main focus lies in tier II and III cities, they have the need for EVS in travelling intercity, the prominent users of EVs in these cities are women, students and senior citizens. Our key markets include Delhi, Punjab, Maharashtra, Gujarat, UP, Karnataka, Tamil Nadu, Kerala, Andhra Pradesh, Haryana, Uttarakhand, WB,” he adds.

"Electric vehicle segment has a huge potential. With the central government rolling out the FAME (Faster Adoption and Manufacturing of Hybrid and Electric Vehicles) scheme, the sector is poised for growth," says, Ayush Lohia, CEO, Lohia Auto Industries.

It has been proven that fossil fuel is 40 times more efficient than a lithium ion battery and hence it is needed that manufacturers should not aim to create the best electric two- wheeler but they need to create a vehicle that can compete with a fuel-based vehicle.

The National Electric Mobility Mission Plan 2020, of which FAME is a subset, is expected to revive the market. The growth of this segment will not only evolve the organised sector but will give birth to new unorganised opportunities that will initially drive the growth of the sector as temporary charging points, electric chargers, batteries, new courses and lastly not an opportunity to make the planet a better place to live.