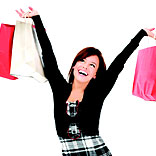 According to a recent study by The Boston Consulting Group (BCG), and The Confederation of Indian Industry (CII), titled, ‘The Tiger Roars: An In-Depth Analysis of How a Billion-Plus People Consume’, the overall consumer spending in India is likely to expand 3.6 times. The report, which studies the shape and size of consumption expenditure in India, says that the spending would move from $991 billion in 2010 to $3.6 trillion by 2020, a projected growth rate of 14 per cent.