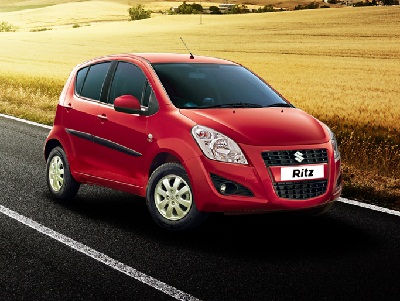 According to Society of Indian Automobile Manufacturers (SIAM) data, the company’s Dzire, Swift and WagonR were the second, third and fourth biggest selling models in the quarter.

Rival Hyundai’s Grand i10 is the fifth largest selling model in India during the period under review followed by Honda Cars India’s sedan City at the sixth position.

Maruti Suzuki India’s (MSI) Alto sold 64,573 units in the April-June quarter this fiscal as compared to 56,335 units sold in the same period of previous fiscal. It is followed by compact sedan Dzire, with 50,951 units sold during the quarter.

The company had sold 49,259 units of the sedan in the same period of previous fiscal.

Similarly, compact hatchback Swift continues to hold on to the third position during the April-June quarter this fiscal with 47,442 units sold during the period. Swift sales stood at 48,120 units in same period of previous fiscal.

Hyundai’s Grand i10 comes in at fifth position, with 26,830 units sold during the first quarter replacing i10 which has now moved out of the top ten.

Honda’s mid-sized sedan City sold 21,985 units during the April-June quarter to become the sixth largest selling model in India. It had sold 6,949 units in the year-ago period.

The South Korean carmaker’s entry level model Eon with a total sales of 19,379 units during the first quarter was the eighth best selling model, down from sixth with sale of 24,526 units in the same period last fiscal.

MSI’s Celerio, which was launched earlier this year at the Auto Expo, is now the ninth best selling model in India with 16,541 units in the April-June quarter.

Models like Hyundai’s Santro, Verna and MSI’s Ritz, which were in the top ten during the first quarter of last year, failed to make it to the top ten selling models this year.