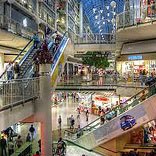 There is no denying the fact that Indian Retail has come of age and this is becoming increasingly evident in the sudden surge of retail activities that are taking place in this space. Having taken a gauge of this fast changing situation and responding to these massive changes, retailers and real estate developers are building many of their business initiatives around it and churning out retail strategies that would prove to be rewarding to both of them.

In a recent survey done by Jones Lang LaSalle India, New Delhi and Mumbai appear to be the fastest emerging retail hubs in the country. The report concludes by saying that there are considerable retail opportunities in these two cities which is quite encouraging. In addition, growing retail opportunities in cities like Kolkata, Bangalore, Pune are opening up many retail property opportunities for real estate developers and this is going to further transform with new government policies coming in. There is clearly a significant requirement from both the retail sector and the property industry to know where India’s next growth opportunities are likely to be concentrated and how it will be taking place.