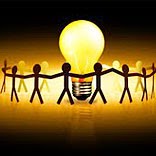 The market for virtualisation in India is still very nascent. But the technology is emerging as one of the major trends impacting the overall IT infrastructure of every enterprise. It is only a matter of time before this technology becomes mainstream in the country.

What is server virtualisation?

Server virtualization is the masking of server resources, including the number and identity of individual physical servers, processors, and operating systems, from server users. It is a software application that divides one physical server into multiple isolated virtual environments. Sometimes, the virtual environments are also called virtual private servers. According to Gartner, the leading edge that this server virtualization technology enjoys is its promise to unlock much of the underutilized capacity of any server architecture.

“Indian enterprises are discussing virtualization and private/hybrid clouds. While agility and affordability are the main drivers, having fewer legacy systems is helping this transition,” said Vijay Mhaskar, vice president, Information Management Group, Symantec. “The transition brings in a new set of challenges related to security, scalability, and disaster preparedness.”

Though server virtualisation is gradually becoming a reality for many Indian organisations, the Indian retail industry has not reaped its benefits yet. On the contrary, close to 71 percent of U.S. retailers are turning to a broad set of virtualisation solutions as a way to save money, maximise space and gain better control of their IT infrastructures according to one of Microsoft’s Virtualisation in Retail Survey. “Awareness around these emerging technologies is prevalent, but the Indian market is yet to move completely. There is a wait and watch approach to the level of maturity in the market before implementation,” said Anand Naik, director, Technology Sales (India & SAARC), Symantec.

While most of the retailers are increasingly interested in the benefits that it offers, reservations such as cost, complexity and challenges associated with migrating to a virtualised environment are some of the factors preventing them from taking the plunge. There is no denying the fact that server virtualisation offers considerable monetary benefits but the upfront investment required to buy the necessary infrastructure and implementation services is also a huge one. Also the security issue, which has been repeatedly discussed from time to time continues to haunt everyone. A lot of users don’t seem to be fully convinced if their virtual servers will be as secure as their physical ones.

The retail industry has gone little slow in terms of its IT spending post slowdown, which means that it might take time before the virtualisation technology finally dawns upon Indian retailers. But the prospects are very bright. However, the challenges involved in it might prevent them to migrate to such an environment but factors like cost saving and IT Space Constraint can still propel them to adopt it in the future. After all adding just one server or application, instead of housing 3-4 servers per store is a significant investment for a retailer.