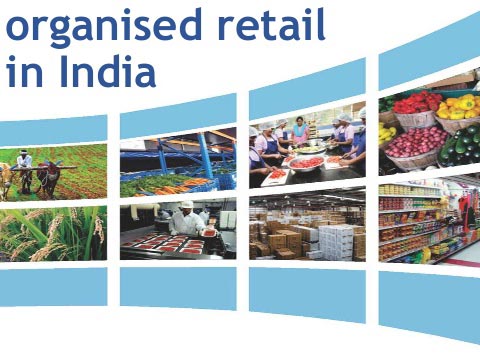 According to the report, during the first 6 months of the year, there were 70 new entries/expansions by global and domestic brands across the cities of Mumbai, Delhi-NCR and Bangalore. Seven new global brands entered the country and investments into the segment by PE Firms/Wealth Funds touched USD 200 million. Additionally, several retail developments were completed across select cities resulting in approximately 1.5 million sq.ft. of fresh supply entering the market. During the first half of the year, demand for quality retail space remained robust with a majority of this supply concentrated in Mumbai, Bengaluru and Delhi- NCR.

Commenting on the findings of the report,  Anshuman Magazine, Chairman, India & South East Asia, CBRE said, “Our ranking on the 2017 Global Retail Index for developing countries as well as continued investment by private equity players is a demonstration of the sustained preference of international brands to set up, or expand their operations in India. With several legislations and policies in implementation mode, we are already seeing an increase in consumer and investor confidence. This will have a cascading effect on the retail segment. Overall, retail real estate will continue to grow and witness healthy demand across tier I and II cities.”

d. said, “The fact that demand for quality space continues to outstrip the supply is indicative that the retail real estate segment across key cities in India is growing exponentially. While global brands continue to evaluate and consider quality retail developments in the top cities, with growing globalization, smaller cities are also gaining prominence and witnessing traction. While there still remains some ambiguity around the highway liquor ban, resulting in F&B operators being in wait and watch mode, the overall market sentiment continues to be positive.”

During the 1st half of the year, a number of international brands already present in the country expanded their presence. Several hypermarkets too were in expansionary mode including Big Bazaar which opened new stores in Mumbai, Bengaluru and Chennai.  Clothing retailers such as Max and Pantaloons were also active during the review period.

As per the report, rental trends continued to vary across key high streets in major cities during the review period. While high streets such as Connaught Place, Khan Market, and South Extension in Delhi and Park Street and Elgin Road in Kolkata witnessed a rental appreciation, rentals in most other high streets remained stable. At the same time, some high streets such as Linking Road in Mumbai and MG Road in Pune saw a marginal dip in rentals.

·         Over 1 million sq.ft. of supply came into the market with the completion of Seawoods Grand Central Mall

·         In the coming quarters, sustained traction from both global and domestic brands could lead to rental appreciation in organized developments in the Central, Eastern and Western locations

·         Demand was largely driven by the apparel, entertainment, electronics and F&B sectors

·         While no new supply entered the market in H1, 2017, the 2nd half of the year is expected to witness the completion of more than one million sq.ft. of organized retail space

·         The city witnessed robust leasing activity across both high streets and shopping centers driven by the F&B, apparel, supermarket and jewelry segments

·         Express Avenue Mall in Central Chennai, witnessed a rental appreciation in the range of 10 -12% on a half yearly basis

·         Rental values across all micro-markets remained stable for organized retail space; a trend which is likely to continue in the short to medium term.

·         Sustained retailer interest resulted in rental increments in the range of 9-14% across the key high streets.

There is a healthy supply pipeline lined up for the rest of the year, led by the Southern cities of Hyderabad and Bengaluru. Demand for quality retail space will remain strong especially from fast fashion, Department Stores and Sports & Leisure.

The completion of infrastructure initiatives is going to play a pivotal role in deciding the rental trajectory of markets. For example, the development and linking of the metro to South Extension in Delhi, is expected to result in a revival of the high-street in the coming months. this could lead to a surge in its rentals. However, rental growth in most high streets across key cities is expected to be limited, as they have already reached their peak.

With the GST having come into force in July, the retail segment has seen some impact. While most essential items are exempt from tax, FMCG goods are in the 5% tax bracket and most restaurants are in the 18% bracket. Apparel which costs less than INR 1000/- and restaurants with a turnover less than 50 lakhs, are in the 5% category. However, several goods like luxury cars, amusement park tickets, movie tickets priced over a certain amount and hotel tariffs over INR 7500 have been put in the higher tax bracket of 28% which is indicative of the intention to tax luxury or similar goods at a higher amount. From a leasing perspective, the service tax on rentals by tenants has been replaced with a standard GST of 28%. However, with retailers being able to offset this taxes on services (rent) against taxes on goods, their overall occupancy costs could come down.

Going forward, to effectively operate under the new GST regime, retailers would need to review their product pricing based on market expectations, align their supply chain and procurement strategy, rework their distribution channels, and ensure greater compliance to laws to be more cost-effective. However, retailers who manage to judiciously structure their margins based on output tax liability and increase of input tax credit would be able to stay competitive and relevant for the consumers.