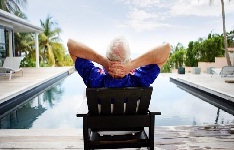 London: India became home to 1.56 lakh millionaires with 3,000 more joining the elite club in 2013, making the country 16th most populous in terms of population of super-rich people worldwide, says a report.

The top four countries account for more than half (59.9 per cent) of the total worldwide HNWI population.

The world is home to 1.76 million millionaires with collective net worth of USD 52.62 trillions, registering a 15 per cent increase in HNWI population over last year.

"Looking at longer term growth trends, nearly 40 per cent of the current level of High Net Worth wealth has been created in the past five years alone," Lewis said.

"Global HNWI wealth is forecast to reach a new high of USD 64.3 trillion by 2016, representing 22 per cent growth from 2013 levels and around USD 12 trillion in new wealth," the report said.

The report further added that robust growth is expected in most regions, with Asia-Pacific at the forefront with an anticipated 9.8 per cent annual growth rate, positioning the region to be the largest HNWI market by population in 2014 and by wealth by 2015.