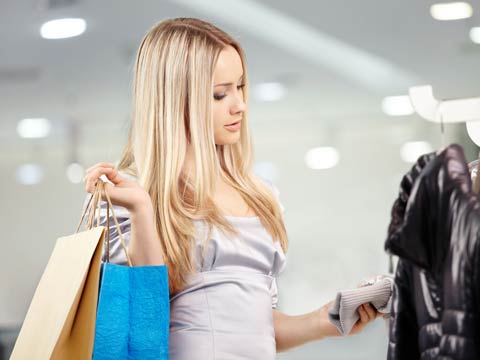 Post turning on green signals for Foreign Direct Investment in eCommerce, this time the government has set its eyes on beefing up the physical retail. Enacting on the demand to pass the model law that allows shops, malls and other establishments to operate throughout the year, the Cabinet has nodded to it, thus providing the flexibility to retail open and shut at their convenience.

Designed to bring in uniformity in legislative provisions, the bill is being perceived as the game changer for brick & mortar retail that is recovering from the aftermath of eCommerce boom. One of the prime reasons of burgeoning popularity of eCommerce is round-the-clock shopping among others.

"One of the factors leading to popularity of online shopping is the feasibility to shop anytime. With this bill, now, even brick & mortar will get that level-playing field. Retailers are paying rental for 24 hours so it is in their interest that they have longer hours of trading. Even if 50 per cent of the retailers at Select CITYWALK agree, I think we could extend the shopping hours to 12:30 a.m. or even 2 o'clock in the first stage," said Yogeshwar Sharma, Executive Director of Select CITYWALK in Delhi, which currently shuts at 11 pm, barring some restaurants that are open until 12:30 am and multiplexes that operates till 2:30 am.

Covering the establishments employing 10 or more workers, the law will provide freedom to operate 365 days with flexibility on timing to open and close. However, this law is not applicable on manufacturing units.

The retail sector accounts for about 15 per cent of the country's gross domestic product (GDP) and this is expected to increase further with round the clock operations.

Anshuman Magazine, chairman and managing director, CBRE South Asia said the initiative will translate into growth across sectors such as eCommerce, organised retail, and the overall services industry, including the daily management of these establishments.

"The act is expected to bring the online and offline retailers onto a level-playing field and boost employment opportunities. Overall, the retail sector in India stands to benefit from this announcement, including higher footfalls and consumption. In the long term this could positively impact the warehousing and logistics segment," said Magazine.

As per the proposal mooted by the Labour Ministry, states get a provision of modifying the model law as per their requirement. The model law is aimed at generating additional employment as shops and establishments will have freedom to operate for longer hours requiring more manpower.

It also provides for women to be employed on night shifts with adequate security and calls for better working conditions for employees such as drinking water, canteen, first aid, lavatory and creche. It also provides exemption to highly-skilled workers like those in IT and bio-technology from daily working hours (9 hours) and weekly working hours (48 hours).

Commenting on the announcement, Pushpa Bector, Executive Vice President and Head DLF, Mall of India said, "The news is encouraging for both retail and service sector. The proposal to keep shops, malls and offices open 24*7 is a win-win situation for retailers and the customers. It will provide much needed boost to retail sector and create a level playing field for offline and online players. From mall developer perspective, it's a positive sign for us as it provides us with a longer window of doing business and serving our customers.”

“We will engage the brands operational at DLF Mall of India to work-out the logistics on how we can leverage this move," Bector added.

“The Act is a promising movement for the next generation retail, like e-commerce and m-commerce, this Act will enable physical retail to become ‘always on’. For retailers, this means not only a next step towards to enhanced customer satisfaction and employee welfare but also open more avenues to increase sale and engagement,” said Manish Mandhana, Maging Director, Being Human Clothing & Mandhana Industries.

The Centre has been receiving suggestions from time to time to enact the model law, which the states could consider for enforcement either by adopting the central law or necessary modification by the state law.