Amid the FDI in eComm circular, traders might call for strike!

Retail & Business
Amid the FDI in eComm circular, traders might call for strike! 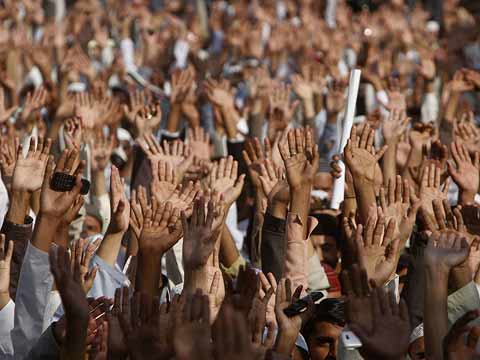 Soon after the announcement by the Central Government allowing 100% FDI in eCommerce trading, a group of around 10,000 trade organisation leaders from across the country have decided gather in the capital to protest against the government’s decision.

This is expected to be a 3-day protest by small traders in New Delhi’s Talkatora stadium and will be monitored by some of country’s eCommerce majors such as Snapdeal, Amazon, eBay, Flipkart and others. Many industry professionals believe that it could very well be a huge gathering in the country yet against online retailers.

Traders are believed to gripe upon the ambiguity in the FDI policies. The guidelines in the new policy released on Tuesday restricted online marketplaces from directly or indirectly influencing sale price of goods.

The newly proposed FDI circular will force eCommerce companies to flush deep discounting and this will surely give a cutting-edge advantage to brick-and-mortar retailers. Discounting has been one of the most lethal weapons for eRetailers in hurting the profitability of offline retailers but, the new circular could bring back revenue growth for them, especially for those in apparel and consumer durable businesses.

But traders are unmoved. As per Praveen Khandelwal, Secretary General of Confederation, All India Traders said what stops eRetailers like Amazon and Flipkart from creating more than one cloud-tail or one WS Retail.

Expressing his views on the same, Praveen Khandelwal, secretary general of Confederation of All India Traders said that what stops Amazon or Flipkart from creating more than one Cloud-tail or one WS Retail. He also said that instead of one entity contributing to 40% of top-line, these players will create multiple such entities that will contribute less than 25% to sales each.

With this protest the traders want clarity on the consequences if the norms are flouted by online retailers and have also said that if the situation demands, they would even resort to strikes.