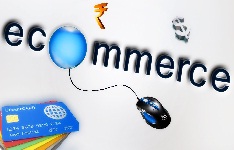 NEW DELHI: Pushing for introducing FDI in B2C e-commerce, industry bodies and e-commerce firms have said such moves will help SMEs scale up their operations and aid expansion into smaller parts of the country.

Currently, India does not allow foreign direct investment (FDI) in business to consumer (B2C) e-commerce. Many international players operate in India through the marketplace model.

While many parties, including industry body CAIT, have contended that allowing FDI in the sector will "cannibalise" brick and mortar retail stores, IT industry body Nasscom said there is space for both formats to function simultaneously.

"Globally, in countries where e-commerce has been around for 10 years as well, there is little evidence of such an impact. Further, e-commerce will primarily benefit us by connecting and reaching the underserved markets which will help expand the overall market size," it said.

Internet and Mobile Association of India (IAMAI) added that the sector has a huge potential of generating jobs.

"e-tailing, which is just 16 per cent of the e-commerce market today would grow to 30- 35 per cent by 2020 and is estimated to generate employment for around 1.5 million people by 2020," IAMAI President Subho Ray told PTI.

Besides, it has also helped micro, small and medium- sized businesses to reach out to millions of customers across geographies.

"Alibaba and Rakuten can enter India, as no regulations prevent them from doing so. We operate as a marketplace and the opening up of FDI in inventory based e-commerce has no bearing on us," the Bangalore-based firm added.

"We believe opening up this sector to FDI will be good for consumers and Indian businesses as it would allow us to partner with local manufacturers to source products not carried by other sellers on the marketplace, giving Indian consumers unique and wider choices at lower prices," an Amazon India spokesperson added.

"e-commerce is providing them these platforms in a cost effective way. Any policy which restricts e-commerce will also create limitations for the growth of SMEs. It is therefore of critical importance to create the right policy environment for the liberalisation of B2C e-Commerce," he added.

Besides, the move will also enable exchange of expertise and knowledge to propel the sector into next phase of growth.

Yebhi.com CEO Manmohan Agarwal said the Indian e-commerce industry is poised to cross USD 50 billion mark and has the potential to become one of the largest markets.

"Heavy investments to the tune of tens of billions is required to fast track growth of the industry. FDI will boost infrastructure development and spur manufacturing facility besides bringing in the much needed investments," he added.

Fashionandyou CEO Aasheesh Mediratta said Prime Minister Narendra Modi has already indicated e-commerce industry's potential and its impact on the way business and trade will be conducted in future.

"We look forward to his government reviewing the current policy and enabling FDI for B2C Ecommerce so that the industry can scale global heights like its Chinese and other emerging market counterparts," he added.

SMEs are playing a large role in bridging the divide between large and small cities giving people in small towns a choice to purchase items they want, Mirchmart co-founder Punit Sindhwani said adding research suggests e-commerce is growing at a faster rate in tier II and tier III cities.

Utsavfashion's Pradeep Katyal said: "Today over 90 per cent of our business is from overseas which has helped us earn about Rs 100 crore in foreign exchange for the country. Also, in turn, we source 100 per cent of our merchandise from SMEs who are seeing their business grow exponentially."