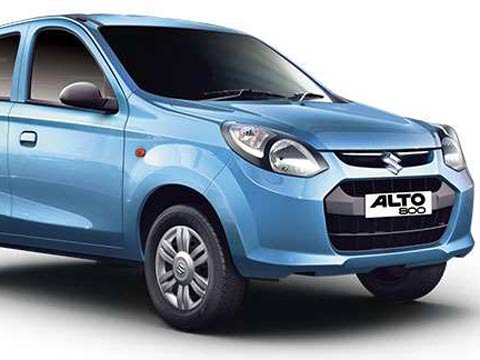 New Delhi: The government is looking at the proposal for extending excise duty concessions to the automobile sector beyond December, a move that would provide further relief to automakers, says a PTI.

"We have already discussed the proposal (to extend excise duties beyond December) that the incentives provided (to the auto sector) should be continued. The government will take a decision in this regard at the appropriate time," Heavy Industries Minister Anant Geete told reporters on the sidelines of the ACMA conference here.

Meanwhile, government sources said the Heavy Industry Ministry is likely to send a proposal to Finance Ministry regarding extension of excise duty concession till March 31, 2015.

In a relief to the automobile and consumer durable sectors, the government in June this year extended the excise duty concession by six months to December 31. The concessions were earlier valid till June 30.

The government had cut excise duty on cars, SUVs and two-wheelers as well as consumer durables in the Interim Budget in February to help the industry tide over a demand slump.

The extension of duty concession will enable continuation of excise duty on small cars, scooters, motorcycles and commercial vehicles at the current level of 8 per cent from 12 per cent previously. The factory gate duty on SUVs stands at the reduced rate of 24 per cent as against 30 per cent.

Excise duty on capital goods and consumer durables will continue to attract a lower duty of 10 per cent as against the pre-budget rate of 12 per cent.

Most carmakers had passed on the benefit of excise duty reduction to customers by cutting prices. The auto industry body had been lobbying for extension of the reduced rates.

Asked about the auto recall policy, Geete said: "We are taking all steps to boost the automobile sector and the (auto recall) policy will be framed with that objective".

According to a PTI report, the Heavy Industry Ministry is mulling over a policy of mandatory recalls, which will do away with the current system of voluntary recalls by auto companies.

Regarding the National Electricity Mobility Mission Plan, for electric vehicles, Geete said: "We want to start the plan from Delhi. We will soon roll out the Plan from Delhi".

The Mission Plan projects a potential for 6-7 million units of new vehicles sales of Electric Vehicles (EVs), along with resultant fuel savings of 2.2-2.5 million tonnes that can be achieved by 2020.