How 100% FDI is Shaking the Retail Horizon in India 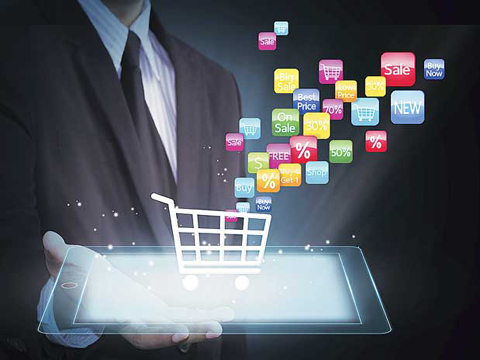 The new additions made to the already elaborate FDI guidelines have created quite a buzz in the Indian e-commerce market and numerous opinions have arisen regarding the same. Some agree to the new terms and strongly believe they make sense, some think it would affect the e-commerce business adversely and ruin matters for many enterprises that were once flourishing. To make matters better, let’s walk through the changes made and form a judgement on our own rationally and with no prejudice.

Earlier the in the year 2015 the Department of Industrial Policy & Promotion (DIPP) had sanctioned the sectoral cap in e-commerce sector to have a 100 per centof FDI, which meant that one could acquire an entire hundred percent of equity through a Foreign Direct Investment. However, the government did add a twist to the investment game when they stated that it will not allow an FDI to pitch in 100 per cent if it is a Business-to-Consumer e-commerce activity, nonetheless it will allow the same for a Business-to-Business segment. They state as per guidelines that the ‘marketplaces’, for instance are websiteplatforms by to act as a facilitator between a buyer and a seller.The marketplaces aid the sellers by offering various services like warehousing, logistics and collection of payments to registered sellers on their platform.

This service will all fall under the Business-to-Business e-commerce network as per the extant policies where India allows an FDI to firms that are engaged in the business however not in the retail firms. This did have the brick and mortar stores shaken and the matter was taken up by the Government where they issued Press Note 3 that mentions each amendment as clarifications made to the guidelines under Consolidated FD1 Policy Circular of 2015.

i. Complete 100% Foreign Direct Investment is permitted under the automatic route in a ‘marketplace’ model of the e-commerce network.

ii. Inventory based models made with e-commerce networks will not be permitted an FDI.

iv. An e-commerce enterprise shall not allow more than 25% of the sales initiated through the marketplace from one merchant or their set of companies.

v. The e-commerce marketplace have the option of providing support through warehousing, logistics, customer care service, payments for a seller.

vi. Another addition to the guideline that holds a vital place is that an e-commerce enterprise shall not directly or indirectly have an effect on the pricing of goods or services and will maintain a levelled playing field.

vii. A manufacturer has the right to sell their own manufactured products nationally through e-commerce retailing.

viii. Also, a single brand retailer who is operating through a brick and mortar store is allowed to undertake retailing through an e-commerce path.

The players that gain the most out of the new rules being implemented are the e-commerce ventures that are entirely owned by the Indian retailers and have not explored FDI options. Since it is pretty evident that offline traders would benefit, earlier no one realized that it will definitely help the online retailers too, as restrictions on sourcing the products, marking prices and adding discounts to them will only apply to the ones who have taken an FDI support the rest can do as they please. For instance, companies like Flipkart Amazon and Snapdeal will feel the pinch with the price-influencing norms, whereas, big households like Reliance Group, Tatas, Aditya Birla Group and many more  who have entered the e-commerce avenue or have plans to do so will continue fishing out discounts.

The whole scenario of the online or offline trades and e-commerce are actually playing havoc with the operating markets since offline traders are suffering with some of the clauses that were once made by the department and want enforcement of FDI norms to be made to the e-commerce sector stringently. Major online discounts and the luxury of having FDIs given to e-commerce retailers were a slow death for offline traders and keeping in mind such atrocities, now the law does have a positive outcome and is bound to turn the tables around and stabilize the markets and operate through margin that will not hamper growth for any domain.