How neighborhood markets are emerging as hot retail destinations? 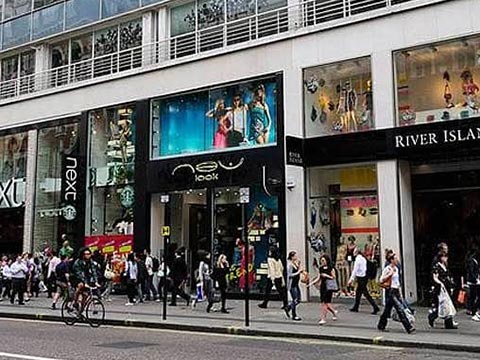 The emerging relationship between residential and retail is quite interesting. It is very common to see, an area which primarily houses middle-class segment attracts unorganized or mom n' pop retail outlets, hypermarkets which enable value shopping for daily needs. Likewise, luxury housing destinations attracts high-end retail. For example, last year Kishore Biyani-led Future Group had announced to open 4,000 “neighbourhood” stores over the next 3-5 years as part of its continued focus on small stores for growth.

The company had stated that it will see robust supply chain infrastructure & deployments across the network for its neighbourhood stores formats that include EasyDay (acquired from Bharti Retail) in the north and Heritage Fresh in the South (acquired in November last year). The company will ramp up the number of neighbourhood stores from 538 as of March 2017 to 1,000 by September 2018, and 4,000 in the next 3-5 years.

Major clusters where these neighbourhood stores will expand include Ludhiana, Delhi NCR, Lucknow, and Mumbai among 11 in total. Let’s shed light on few prominent destinations in such cities.

The high street retail area in this location is located in an upscale residential precinct. The stretch has a good mix of F&B and fashion retail, attracting the affluent population near the market. Its strategic location has been the main growth catalyst for the retail market here. While the inherent catchment of the prime residential areas in and around Indiranagar contributes to the steadily growing footfalls along this stretch, IT parks and offices in the vicinity also act as footfall drivers for this high street shopping destination.

This is an upscale neighbourhood shopping area juxtaposed with one of the most developed areas of Gurgaon where plotted developments, residential colonies and high-rise apartment complexes coexist. Galleria Market has a mix of fashion and mainstream retail stores offering convenience-based categories in addition to F&B. Other categories in the retail tenant mix here include apparel, medical stores, accessories, stationery and gift stores.

The iconic Hiranandani Estate is very close to major commercial office destinations within the Powai precinct. Nestled amidst high-end residential apartments and landmarks like the PowaiLake, it attracts footfalls from upper-middle-class to HNI residents. F&B is a dominant category in this high street with multi-cuisine restaurants, ice cream parlours and a few pubs.

This market is situated near Lodhi Colony in heart of New Delhi and is more or less a 'boutique' shopping destination for residents living around it. It includes an eclectic mix of retail categories such as designer stores, organic grocery stores, quirky apparel stores, trendy bistros and stationery shops, among others.Mehar Chand Market attracts steady footfalls as it is surrounded by the upmarket residential neighbourhood of JorBagh, Defense Colony, Golf Links and Sunder Nagar.

Road No. 36, situated in Jubilee Hills’ upmarket residential area, is a prime and upscale shopping street in Hyderabad. Traditionally a posh residential area, Road No. 36 has transformed into a prime destination High-Street of Hyderabad. Due to its location, this high street has attracted a number of national and international retail brands, as well as exclusive cafes and restaurants.

This is one of the core South Mumbai areas known for its elite high-end residential neighbourhood. Most of the shoppers on this high street belong to the immediate or nearby catchment areas. Breach Candy hosts some of the legacy high street brands and has attracted a lot of local high-end fashion designers, as well.