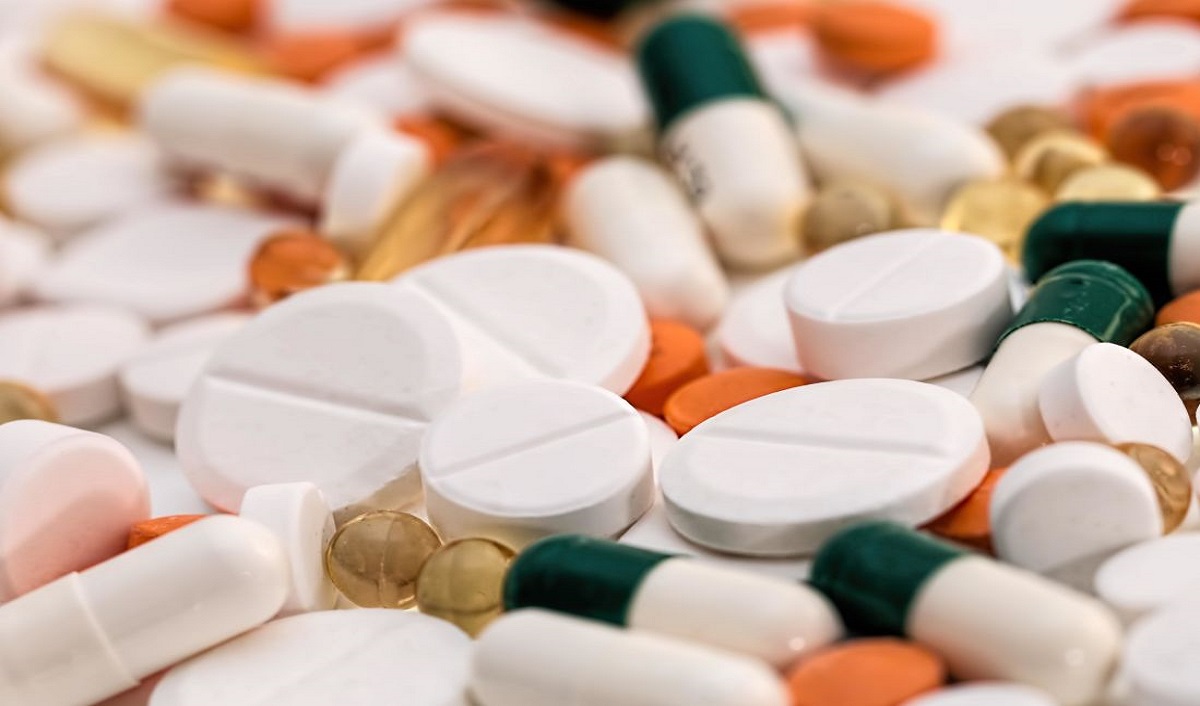 One of India’s largest pharmacy e-commerce platforms, PharmEasy, helps patients connect with local pharmacies and diagnostic centers. With a slick mobile app and intuitive website, in 5 years, the platform has served over 5 million customers. It has the highest average order value in the e-pharmacy market in India.

When the pandemic set a nationwide lockdown, the e-pharmacy market faced an unprecedented surge in demand. Anshul Jain, Product Manager at PharmEasy, explains how they dealt with the rise in demand during the COVID pandemic.

Facing an Unprecedented Surge in Demand

PharmEasy's multichannel customer service operation was initially set up for agents to personally engage with every customer query; this became impossible due to the increase in support volumes. Anshul’s team quickly grew overwhelmed, and internal communications became ad-hoc, lacking context, which in turn led to long customer wait times.

Anshul saw a 200 percent increase in orders due to the pandemic, prompting him to make the decision to transform PharmEasy’s customer service platform to scale efficiently. Before, for even the simplest of queries, customers were being forced to wait in a queue; this had to change.

The increase in demand also unearthed several new channels on which customers were engaging with the brand. Anshul’s team had their hands full putting out fires by answering phone calls and responding to app reviews on siloed tools, leaving no room for personalization. The team had to go from being channel-centric to being customer-centric.

Anshul Jain, Product Manager at PharmEasy, says, "Don’t gun for all channels. Choose the channels based on your customer preferences and stitch them together. That’s what omnichannel is about."

PharmEasy's Approach to Scaling its Customer Service with Freshdesk 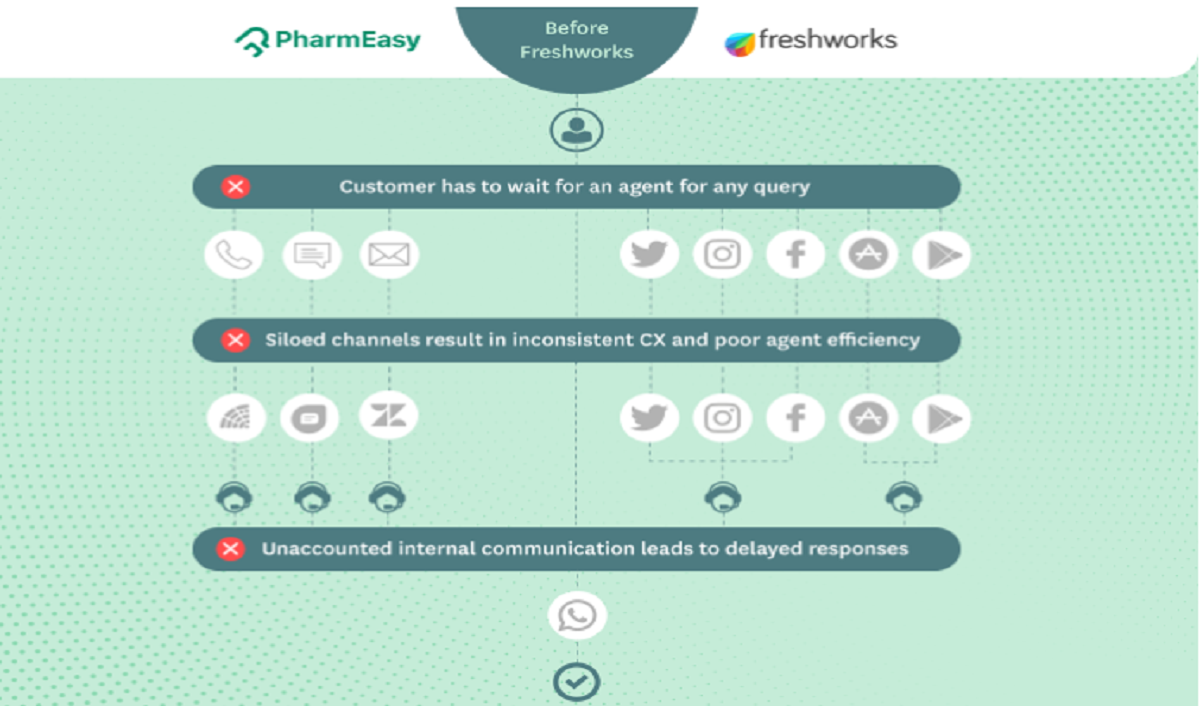 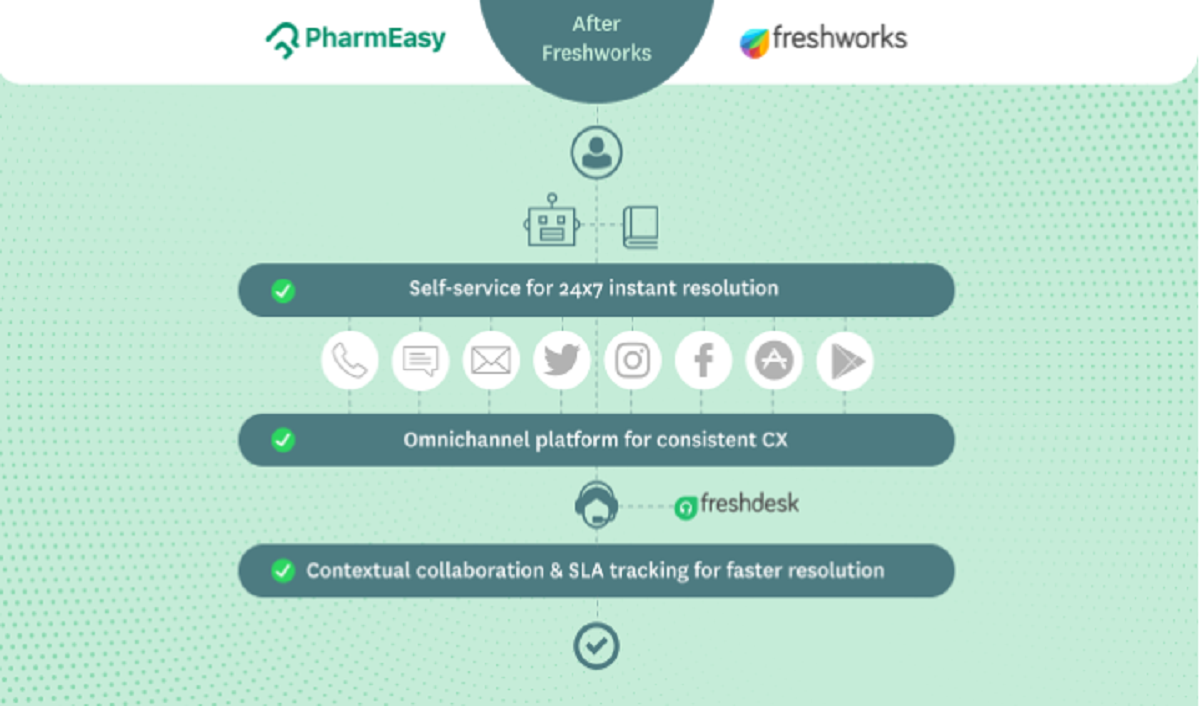 Step 1: Self-service to reduce the volume

The rising support-cost-per-order prompted PharmEasy to deploy self-service. Self-service acts as a layer between customers’ repetitive queries and the agent’s workload, thereby allowing agents to focus on only those customer queries that warrant their attention.

With Freshdesk’s knowledge base that customers can browse and Freddy AI-chatbots that offer 24/7 query resolution, PharmEasy’s self-service achieves 45 percent ticket deflection without any agent interaction. This also reduces customers’ need to wait for an agent to respond to their questions. PharmEasy realized a 50 percent reduction in support costs per order after successfully deploying its self-service strategy.

Anshul’s team was operating on multiple tools for multiple channels. In addition to traditional channels and social handles, agents also used the app marketplace console to respond to customer reviews. This channel-centric operation of customer service frustrated agents since they barely had a holistic view of the customer.

With Freshdesk’s omnichannel platform, PharmEasy could seamlessly integrate all channels from phone CTI, live chat, email, social media handles, and even Google Play Store and Apple App Store. This 360-degree view of the customer includes past engagement on other channels and interaction on knowledge-based giving agents the right context to solve faster. Freshdesk’s unified platform also resulted in a consistent experience for PharmEasy’s customers.

He asserts, "Interaction between customers and agents is much smoother now, thanks to Freshdesk Omnichannel."

Anshul identified his team as ‘frontline warriors' who resolve 80 percent of incoming queries themselves. However, the remaining 20 percent volume needed input and assistance from other internal teams and stakeholders such as engineering, logistics, etc. He realized that the lack of streamlined internal communication and system-driven SLAs ultimately affected customer wait time.

What's Next for PharmEasy?

With their NPS scores at an all-time high and has seen success in self-service and support automation, PharmEasy is doubling down on further investments to allow customers to better help themselves. To deal with the increasing number of use-cases, PharmEasy plans to use Freshdesk and Freshbots to build an 'agent-assist framework' that guides agents on how to respond to customers.