3 top retail verticals to be effected by the Brexit turmoil 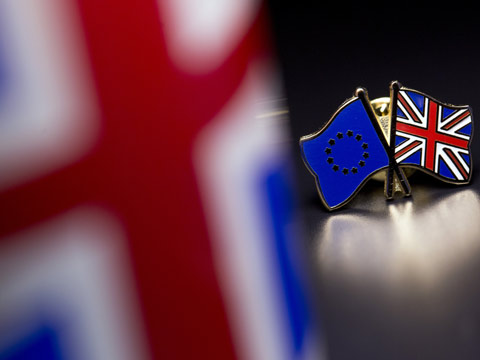 At a time when the entire world is recovering from the shock of ‘Brexit’ massacre that took place on Thursday in a historic referendum, India has its own reasons to worry. With this lowest ever fall of pound since 1985, the current divorce between Britain and EU (European Union) has taken the world by storm. Though India is considered to be the least effected country, but still this volatility of British pound has brought many industries at stake and retail is one of them.

The uncertainty about the future policies and changes in financial banking systems might also result in businesses losing contract proposition unless they are renegotiated. The treaty breakdown has put India in a difficult situation as it will surely have easier trading terms with the UK but difficult with the rest of the European Union countries. This will also shake up the retail operations in both the countries. Though the kind of grip UK has in the retail and manufacturing industry, it won’t have that major effect but still an impact will surely be felt.

Here are the top 3 retail verticals that might face the heat after the Brexit turmoil:

Fast Fashion industry
Swedish multinational retailer Hennes & Mauritz AB has one of the highest UK exposures compared to other retailers and could be impacted the most by the recent Brexit vote. The UK is H&M’s third largest market after Germany and the US. Some time earlier talking to a leading media house, H&M’s Chief Executive, Karl-Johan Persson said that the clothing market during the first quarter of the year in the UK had been poor, perhaps in part because uncertainty swirling around the Brexit vote dampened consumer confidence.

Automotive Industry
One of Britain’s largest car manufacturers, Jaguar Land over owned by Tata Motors could end up losing close to 1 billion pound by the end of the decade, said a report published by Reuters. 3/4th of the cars produced in England are exported, but the annulment will result in changes in pricing policy that could devalue the worth of UK’s automotive market.

Gems & Jewellery Industry
India's gems and jewellery export to UK is valued at close to $11 billion annually and after the Brexit gloom it will have a great impact as the pound has been weakened and falling against all the currencies. Commenting on the same, Saurabh Gadgil, CMD, PNG Jewellers said, “Britain’s exit from the European Union shocked global markets and unleashed uncertainty. The pound has jumped to its lowest level since last 31 years. Investors fled risky assets and turned to the dollar and the yen.”

While the magnitude of the market reaction is uncertain, the direction appears clear. Investors will now rush to safety and move steeply in global markets from risky assets to havens, he added.