Making Hay While the Soccer Shines

Retailers are cashing in on the soccermania big-time. It is visible 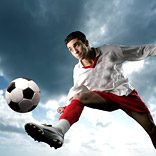 In India, manufacturers of consumer durable goods await occasions like Diwali, Chirstmas/New year or the marriage season to boost their sales. This time around, the mega event FIFA World Cup 2010, has provided that opportunity, where each TV manufacturer/retailer is vying to grab a part of the limelight through eye catching promotional campaigns and offers, to attract consumers.

While announcing the company’s licensing agreement with Amigo Sports in Mumbai, earlier this June, Simon Hawkins, Sr. VP and GM of Global Brands Group had said, “Although India is a cricket crazy nation, TV audience estimates, suggest that over 287 million people will be watching the 2010 FIFA World Cup in India.” When a statement like this is made by the spokes person for Global Brands Group, the sole retail licensing representative for the 2010 FIFA World Cup, one can wonder the opportunity the event has created for the CDIT companies.

As per a study released by the broadcasting partner ESPN Star Sports, prior to the commencement of the event, eight out of ten Indians surveyed were expected to follow the event live on television. Last time the event managed an average TVR (television rating) of 2.1 and this time they are expecting a 25 per cent growth in viewership across the target groups.

In a profitable environment like this, television manufacturers giants like LG and Samsung who dominate the market space with 25 per cent each market share followed by Videocon and Onida who have 22 per cent and 11 per cent market share respectively are looking at boosting their sales of premium products and are expecting as much as a 100 per cent jump in sales because of the ongoing FIFA World Cup 2010, in South Africa.

Citing the effectiveness of the event, Tadato Kimura, General Manager (Marketing) for Sony India said, “Soccer has a huge fan following in India and considering the current hype and expectations, it can be effectively used to generate visibility.” Sony has earmarked an investment of Rs 10 crore for above-the-line and below-the-line activities including online during the duration of the tournament.

The desire to switch over to slim TVs or LCD TV from a normal TV would also increase the sales says Sunil Mehta, CEO at NEXT and the retail partner of Videocon. Rohit Pandit, Business Head (Home Entertainment) for LG India believes that due to the ongoing FIFA World Cup some consumers might pre-pone their purchases.

For millions of consumers around the world, their home has become the new entertainment hub. Prasun Banerjee, Director-Sales & Marketing (Consumer Electronics Division) at Haier Appliances India says, “This world cup is providing an ideal opportunity to see the trend of ‘being confined to home’ played out. This year will see even more consumers eating in and socialising in the home cocoon. So the consumers are buying televisions to enjoy the match at home with friends and family.”

He further says, “In terms of Haier’s product categories, the LED’s and LCD TV’s are a big hit with football fanatics who want to enjoy the match at home.”

Meanwhile, LG India is running a consumer promotion specially tailored for West Bengal, ‘Roar of Football’. The teams from various parts of West Bengal would compete for a place in the Super XVI and a trophy. The winning team would receive a cash price of Rs 1,10,000 and a 26 inches LED TV and the runner up team would receive a cash prize of Rs 55,000 and 26 inches LG 21 FTV.

Videocon on the other hand is present with various combo offers, for its consumers, like LCD with set-top-boxes or DVD players, free gifts and others. Samsung has launched ‘Goal pe Goal’ campaign, under which it is giving away freebies and gifts for buying its products.

Aiming to maximise the excitement and joy during the World Cup, Panasonic India, which is also the official sponsor of the Indian football team has introduced a unique ‘Panasonic Soccer Mania 2010’ offer on its range of ‘Viera’ Plasma TV and LCD TVs where the customers get assured gift.

With a TV commercial ‘Join the Game’ hitting at the right time, Haier launched their Soccer Scheme 'Free Kick offer', wherein on purchase of any LED/ LCD TV above 81 cms (except 32S9), a customer can win 100 per cent cash back or an Adidas track jacket with an autograph from John Abraham, worth Rs 2290.

The major players have pinned their high expectations particularly from these three states – Goa, Kerala and West Bengal, where football is extremely popular. Panasonic India is targeting a sales turn over of Rs 75 crore from the soccer crazy states.

According to the Samsung spokesperson, they are expecting 25 per cent jump in the sales in the flat TV and ultra-slim category, not attributing the entire growth to the football World Cup but the enthusiasm of the event has definitely triggered their sales.

In the cities besides West Bengal, Goa and Kerala, Punjab and Maharashtra have also witnessed higher than normal sales for LG. Pandit says, “We are witnessing a 100 per cent growth in comparison to last year in our LCD business. With the advent of the football World Cup, we anticipate a boost in sales across India and more so in states that have a high salience for football as a sport like West Bengal, Kerala and Goa.”

Videocon’s slim TV, which was priced at approximately Rs 6,500-8,000, reported the highest sales. Mehta said, “We have specific targets for the FIFA event in few parts of the country focusing on LCD TV and STB products. To some extent, the average sales went up by 5-10 per cent in specific areas.” 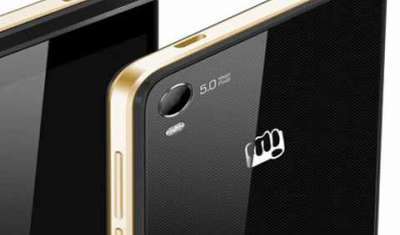 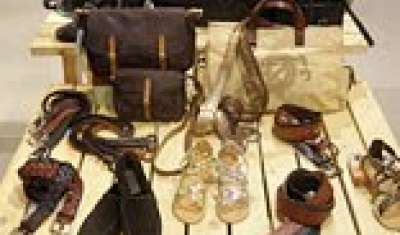 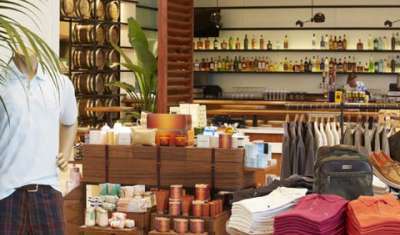