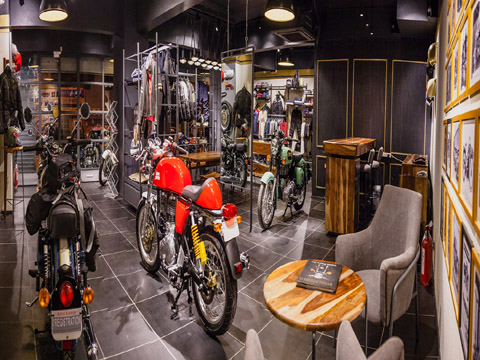 Adding 140 stores into its total tally of 829 stores over the last one year, the oldest motorcycle brand in the world, Royal Enfield, is on a launching spree and adding few more stores in metros and Tier II and III cities across the country.

“We don’t reveal the exact numbers but we will continue our growth with opening few more stores across new potential cities. The overall capital expenditure, which is not specifically broken into parts and compartments, is Rs 800 cr for this financial year”, said Rudratej (Rudy) Singh, President, Royal Enfield.

Majority of the company’s future stores will be franchisee-owned. It also intends to retain and expand some of its company-owned stores for future pilot programs. The size of each store will differ from metros to small cities- depends upon the density of the population of the city.

The company’s future strategy is to drive accessibility across length and breadth of the country with availing services, spare parts and rides to the consumers.

“The strategy is to drive accessibility. We want to make sure that we are available not just for sales but for services, spare parts and ride as well”, added Singh.

Thus, to expand its retail footprints with new dealership centers across new locations the company is the process of readying its infrastructure.