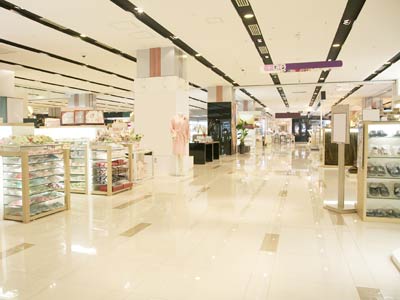 New Delhi: Supply of retail space in shopping malls fell by 80 per cent during the first half of this year to nearly 0.3 million sq ft in seven major cities as projects have been delayed, property consultant CBRE said on Tuesday.

Rentals of retail space in these seven cities showed a mixed trend, according to CBRE?s 'India Retail Market View' report for H1 2014 on the status of organized retail real estate spaces in the country's leading cities.

CBRE South Asia Chairman and Managing Director Anshuman Magazine said: "The second half of 2014 is likely to witness a shift in development completions from the established retail hubs of Delhi and Mumbai, towards hose of Bangalore, Hyderabad and Kolkata".

The availability of quality retail space in the core markets of Delhi and Mumbai is expected to remain tight, posing a challenge for retailers with entry plans into key shopping districts, he observed.

While certain traditional high street markets saw a rise in rental values, other shopping hubs of the country saw a rental decline.

"The consultant found out that mall clusters in certain prime markets saw an increase in rents as global brands preferred such prime shopping locations.

CBRE also mentioned about a key trend observed during the period which was an increased activity in India's online retail space.

"Retailer brands such as River Island, Dorothy Perkins, and New Look entered into exclusive tie-ups with leading Indian online retailers for their merchandise rather than setting up brick-and-mortar outlets," the report said.