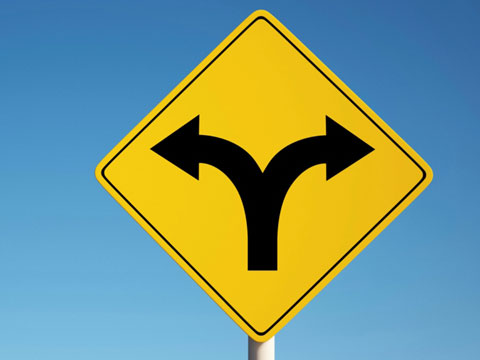 Does independence create enormous amount of benefit while unleashing the animal spirit of a company both through internal alignment and external flexibility is a question to be asked in the current trend of demergers of fashion entities undertaken by leading textile and apparel retailers like Arvind Ltd. and Mandhana Industries in the retail industry, which have lately demerged their fashion entities from the parent company.

These group companies seem to have understood that manufacturing has a different mentality and retail is a different mindset. Instead of having confusion and cluster in the parent company, with demerger it is better to have other separate companies operating independently. The next generation of entrepreneurs in the industry wishes to have their own balance sheet in contrast to borrowing from their parent companies. Today these companies get the kind of multiple valuations which are higher than their manufacturing businesses as apparel fashion is always way higher in terms of valuation and recognition.

Strength of Balance Sheet Leading the Demerger
Name it value unlocking or corporate strategic realignment, the ongoing trend of demerging is signifying the essence of change that these companies want to operate independently in the industry. They want to earn their own recognition and valuations after being under the banner of parent company for long years. These companies have been showing the strength of their balance sheet to stand on their own feet which is the change this industry is leading to. This can be well described with the recent example of Arvind Ltd. demerging its brands and engineering businesses from the parent company. It demerged the brand apparel business into Arvind Fashions to further list on bourses.

“Arvind Fashions have shown the strength of balance sheet to stand on its own two legs so it is at demerger point. We believe that independence creates an enormous amount of benefit. It unleashes animal spirit of a company both through internal alignment and external flexibility” said Kulin Lalbhai, Executive Director, Arvind Limited.

“We have our own balance sheet in contrast to the parent company. We at Mandhana Retail Ventures have become financially independent from day one, but it took us six months to structure the business and get to the flow. Earlier it was cluster of businesses under one big umbrella, multiple jobs were being done. There was transfer of fund from one division to other basis upon the monitory needs of the divisions. After demerger of course we have got the independent valuation as retail which is always valued”, said Manish Mandhana, CEO, Mandhana Retail Ventures Ltd & Being Human.

In 2013 after gauging the revenue generation strength of its fashion division, Future Group hived off its fashion interests into a separate entity called Future Fashion which is now called Future Lifestyle. Future Group further sold Pantaloon department stores to Aditya Birla Nuvo. Further Aditya Birla Nuvo renamed Pantaloons Fashion & Retail to Aditya Birla Fashion and Retail Ltd in 2016. Post restructuring, Future Lifestyles has grown to become one of the largest apparel retailers with a focus on brands as well as retail channels. With a total retail space of 5.5 mn sq ft across 90 cities, it has a diversified portfolio of over 40 brands across segments (men, women and kids) and price points.

“Proper realization of market cap may make things better. It is not that after demerger the demerged company will suddenly start growing, on the contrary it is just to give focus and attention to that business. The management of these companies is confident about the future performance and split of the business,” said Pankaj Jaju, Founder & CEO - Metta Capital Advisors LLP.

Next Generation Leading the Change
The next generation of entrepreneurs in the retail industry wants to act independently after learning fundamental lessons of business from their parent companies. They are ready to leapfrog with the changing dynamics of the industry in the current age of technological boom. As during the press conference of Arvind Ltd in Mumbai Mr Sanjay Lalbhai, Chairman and Managing Director of Arvind Ltd said “Our next generation with new mindset and methods is ready to take charge of the Arvind Fashions Ltd. in particular and Arvind Ltd. as whole and take it to a new level.”

Ashni Biyani, the elder daughter of Kishore Biyani, CEO, Future Group also believes that classic definition of FMCG business at Future Group should be changed. She wants to adopt the disruptive ideas to lead the future of the Future Group.

If there is a better focus, a new management team and specialists running the show then there is higher possibility that the demerged businesses would grow faster.

Financials Post Demerger
The Arvind Fashions hopes to achieve more than Rs 1000 cr of EBITDA over the next five years while Arvind Ltd. aims to be Rs 9K cr net sales value company with the healthy CAGR of 25 percent. Arvind Fashions will be investing over Rs 200 cr to expand its footprints in the market along with aiming 150 basis points improvement every year.

Under its Retail 3.0 called, Tathastu Future Group will blend technology with brick and mortar retail. Its retail strategy is aimed at making Future Group Asia’s largest integrated consumer company by 2047. “Our business model will not change. We are in three categories of business — food, fashion and home. We have manufacturing, we manage our own supply chains, we have our own stores and we have our own data", said Kishore Biyani, CEO, Future Group.

The group will rapidly expand its fashion portfolio at FBB, Brand Factory and Central, by not only opening smaller and more stores, but also by simply selling more clothes. Currently, Brand Factory has 57 stores across 21 cities, bringing in

Central, meanwhile, will add another 13 stores this year to reach 50 stores by March. In FY17, Central clocked a revenue of Rs 2,400 crore and it is expected to earn another Rs 3,000 crore-Rs 3,500 crore this fiscal. Almost 3 million sq ft will be added across formats in FY18. The overall investment for Future Retail and Future Lifestyle, which will cover all the formats, will be Rs 250 crore for the current fiscal. This will be funded through internal accruals. According to Biyani, the overall revenue for Future Retail and Future Lifestyle will be Rs 26,000 crore – Rs 27,000 crore for FY18, compared with Rs 22,000 crore for FY17.

MRVL which has around 61 stores of Being Human across 40 cities is aiming to have around 100 exclusive stores in the next four years with the CAGR of 65 percent. It will be adding 12-13 stores annually. Also the company is focused on enhancing Being Human’s presence internationally by tapping new markets this year.

According to a March 2017 survey by consulting firm AT Kearney, the Indian fashion and lifestyle market is expected to touch Rs 3,94,000 crore over the next five years, growing at a compounded annual growth rate of 12%. Currently, the market is estimated at Rs 2,21,000 crore.