This start-up is changing the consuming habits of millennials 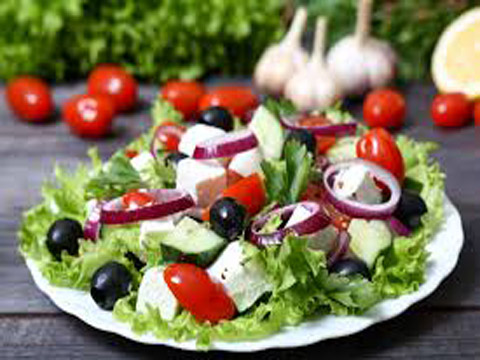 What happens when you give up regular dal-roti or rice-sambar meal for a month? If you wonder, meet Harsh Batra who has survived the ordeal to tell the tale. Like many of us millennials who struggle with the ever-complicated-question ‘what to eat’, Harsh grappled with food order-in issues, before he finally found a solution and experimented with it.

Today, the success of his experiments is Happy Ratio, a start-up that is changing the food habits of many millennials in 105 cities across India.

The quintessential urge for a tasty meal

“It all started with me wanting to eat something tasty and nutritious at the same time, but I realized you can’t have it all. If I was eating healthy, it wasn’t tastier or if it was tastier, it was mostly nutritionally deficient. I started preparing something for myself that was backed by science and did not compromise on all the essential 30 nutrients an adult’s body requires,” says Batra.

Soon, he completely gave up on the traditional upma, rice, roti and switched to his experiment, the ‘complete meal’, three times a day (that’s extreme, he calls) and started recording his everyday experience of giving up food. “I ran several blood tests and realized that not only was I feeling better, but my cholesterol levels had gone down and so had my fat percentage. Thereafter, my family picked up the meal and that was the beginning of Happy Ratio.”

Batra says that any traditional meal may have high proteins or vitamins, but not necessarily a balanced proportion as an adult would need, which Happy Ratio tries to fill the gap. “Sometimes, even supplements may not necessarily get absorbed by one’s body,” he adds.

Growing in the overcrowded market

Like Happy Ratio, there are several alternatives for meal replacements in India and each promise to be better than the other. In fact, after China and USA, India has the largest market for packaged healthy food products and the country even stands tall at fifth spot globally. The packaged food industry itself is expected to grow over 50 per cent in the next two years and is estimated to be $65 billion market in India, from the present $40 bn market. However, starts-up like Happy Ratio is proving that there is market for all, even though overcrowded.

“Happy Ratio is quite unique in its concept and what makes it unique is it is backed by several researches, science and studies on nutrition. It is healthier than any healthiest meal. It is also why we have about 27 per cent repeat customers who try our products and come back for the subscription model,” he says.

Although new consumers are open to meal replacements, the industry is flooded with various options, which can confuse a customer, stresses Batra. “Many try to sell anything and everything with gluten or an artificial sweetner which is not really healthy. There is always a challenge to stand out as healthy option,” he says.

While Happy Ratio is not anti-food, it is just a replacement to the traditional meal, Batra says. The self-funded start-up has been a hit since its inception and has seen 100 per cent year-on-year growth last year. While 60- 70 per cent of its subscribers are from tier I cities, Batra says they are seeing a huge demand from smaller cities as well. “Our focus is now on offline expansion and we are targeting manufacturing 2 million meals in the next couple of years,” Batra says.