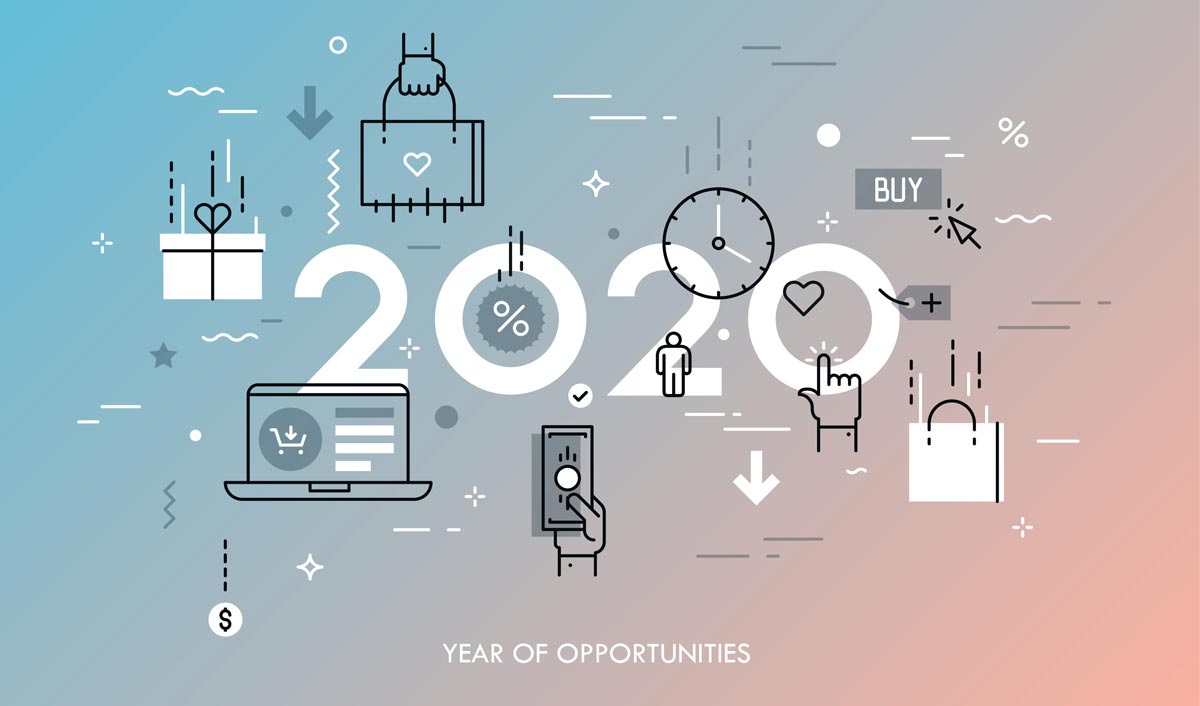 In the last decade, the Indian retail industry has witnessed a major transformation and growth. The e-commerce players have grown tremendously, consolidation and mergers too were witnessed in this space. On the other hand, several international retail brands entered the Indian market. Likewise, domestic brands too have flourished.

For international retail brands, India continues to be a market where they want their businesses to grow. Earlier this year, the government made the Indian market more accessible for the global players by making policy changes and allowing 100% Foreign Direct Investment under the automatic route for single-brand retail. The local sourcing norm was also eased.

Such policies and growing population make the country’s retail industry one of the most fast-paced industries. Retailing is one of the important sectors contributing to the economy and accounts for about 10% of GDP.

Though slowdown in consumption was witnessed during 2019, it was during the last three months that signs of revival emerged. Almost all the retail brands saw an uptick in sales in October. In December too, sales growth is expected.

Going forward, the retail sector will only become bigger in India. Why? Malls/ shopping centres are no more limited to metropolitan cities, but tier II cities too are dotted with malls and various leading brands making their presence. In these markets, there is a lot of room for expansion and several malls have started looking at tier II and III cities as part of their expansion plans.

According to a market report, India is set to get over 65 million sqft of new mall spaces by the end of 2022. Of this total new supply, the top seven cities comprise 72% share and the remaining 28% or 18.2 million sqft is slated to come up in tier 2 and 3 cities.

With the passing years, malls are only becoming bigger to accommodate as many brands and brand mix as possible. In the years to come, a similar trend will continue with mall size to be bigger in square feet terms. This will pave way for them to sell everything right from a needle to a passenger car under the same roof, which only a handful of malls in India are doing. In India, the retail market is projected to grow from an estimated US$ 672 billion in 2017 to US$ 1,200 billion in 2021.

Hence, the industry is at a point of experiencing a new cycle of Mall revolution in the country. The presence of higher disposable income groups in Tier II and III has opened up huge expansion potential for developers and it is expected that the smaller cities will play a pivotal role in the industry’s growth story from here on. The entry of major brands in the brick-and-mortar space after their soft launches online also indicates the same. With such developments already happening and a lot many brands yet to enter the retail space, a lot of potential markets continues to remain untapped.

India ranked second in one of the leading 2019 Global Retail Development Index. This proves that the point of potential that the Indian market holds and remains to be tapped. A research report added that India’s online retail market is projected to increase at a healthy CAGR of 25-28% and reach US$ 55-60 billion by 2020. This e-commerce retail segment will account for 25% of the total organised market and grow to 37% by 2030. This growth will not only be limited to online space but also malls.

Despite the e-commerce generating robust business across the country, malls are still serious business as indicated by the number of retail projects planned by developers. Malls are successfully innovating themselves to attract consumers and increase footfalls. With innovative ideas, campaigns and technological support the key focus area is consumer experience.

The article has been penned down by Manoj K. Agarwal, CEO, Viviana Mall.