An insightful article sheds light on the learnings and failures of Biyani, and how does he see the future of Indian retail.

Future Group operates more than 1400 stores spread across more than 400 cities. The brands which falls in Future Group’s umbrella include Big Bazaar, Easy Day, Nilgiris, Foodhall, Central amongst other. Biyani has also authored a best seller titled ‘It happened in India’.

How the Journey starts

Biyani opened the conversation on nostalgic note where he talked about the early days of Future Group. He said, “I am born to a family of textile traders. My father came to Bombay from Rajasthan and we used to run some wholesale stores. I was not very happy about how family business used run in those days and was very determined to do something different. I was rebel in a sense.”

Biyani also informed that he started his career by supplying fabric to garment industry. This exposure to garment industry led him to launch his first brand ‘Pantaloons’ and gradually started opening stores and more brands. After many years of inception Pantaloons was sold to Aditya Birla Group. back in 2012.

However, with devoid of technology scaling the business 30 years ago was not an easy task. So what did he manage to scale fast?

“We thought very differently at that time. We focused on decentralizing the distribution which helped us grow fast. As we know India is a diversed country and each market behaves very differently in terms of customer preferences and needs. We started seeing country into four zones and set-up the zonal offices and distribution centers very early. The decentralized approach helped us in understanding the nuances of each market very well,” said Biyani.

Mistakes are the part of Journey

In the journey of scaling up he also talks about mistakes and failures.”We have every possible mistake in terms of store format, location and many more. However, we had the advantage of being early so mistakes were not noticed much. But, my biggest mistake was making bollywood movies. I made two movies in the span of one year”

Biyani had produced two films- ‘Na Tum Jaano Hum’ in 2002 and ‘Chura Liya Hai Tumne’ in 2003 and spent nearly Rs 26 crore on the two films. Both of them failed terribly at the box office.

Phygital is the Future of Retail

Talking about blurring the line between online and offline he said,” Offline has its own nuances and digital has its own advantages. Both channels have emerged in very different eras. In another three-four years it will become Phygital because every physical retailer will need digital and vice versa. The future of Indian retail belongs to hybrid model.”

Future Group has partnered with Amazon to expand his omnichannel business. Last year, Amazon invested around Rs 1,500 crore to buy a 49% stake in promoter company Future Coupons, a purchase that indirectly gave Amazon about 3.6% in Biyani’s flagship entity Future Retail.

Ecommerce has become an integral tool to expand the reach in overseas market. Remembering the early days Biyani said, it was tough to build any brand in the initial days and labels struggled to find takers. Today, the customer is searching for brands

Going forward he said, “The emergence of ecommerce in India has changed the rules of the game” in terms of brand building. “Today, you search for a product (online) and discover a brand and start using it. Therefore, the rules of engagement have also changed. 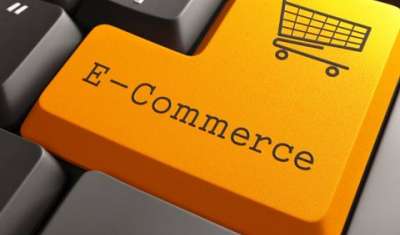 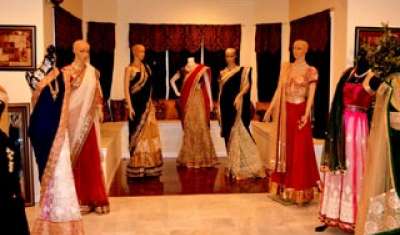