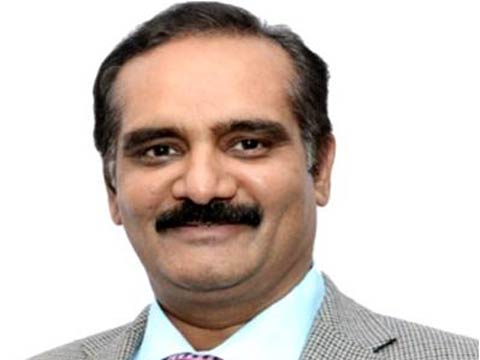 Concept Group, a subsidiary company of Sistema Joint Stock Financial Corporation (SISTEMA JSFC) which is one of Russia’s largest conglomerates, in association with Saamag Group launched Acoola in India. Acoola is a popular brand of clothing, footwear and accessories for kids aged 2- 14 years old in Russia. The first Acoola store has been opened in Logix City Center Mall, Noida. Emin Rustamov, CEO, Concept Group, said, “We are excited to bring Acoola to India. With over 260 Acoola stores already operational in Russia, the Company has now drawn extensive plans to go international, with India being one of the key markets for the brand. Our plan is to open at least 10 stores in India over the next one year.” Founded in 2004, Concept Group creates collections and sells women's clothing, accessories, lingerie as well as children's wear through its own stores, franchises, online and wholesale channels. To launch Acoola branded stores in India, Concept Group has formed a joint venture with Samaag Group which has extensive experience in commercial construction, retail and e-commerce.

We spoke to Dinesh Pandey, Chairman of Saamag Group, about the new entrant into the Indian kidswear market and about its expansion plans in the country.

Saamag Group of Industries has proved its mettle in varied segments. How do you see this joint venture with the Russian conglomerate Sistema’s Concept Group and what does this entail for your company?
It’s a joint venture between Saamag Group and Concept Group, where we are 51 percent partner and they are 45 percent partner. Concept Group is backed by Sistema Joint Stock Financial Corporation, which is one of the largest conglomerates in Russia. We, at Saamag Group, are delighted to bring Acoola to India. It presents a win-win opportunity both for Samaag and the Concept Group, as we have an international apparel company at one end, partnering with a strong Indian partner who understands the domestic retail landscape. The products by Acoola are reasonably priced for the Indian market and the brand’s quality standard is equivalent to those of the top international brands.

What does an expansion in the Indian markets entail for a Russian kids fashion brand like Acoola?
Acoola is initially planning to work on its product acceptability by the Indian customers. India is a growing economy and thus, an expansion in this market will always prove to be beneficial for a brand. We are planning to open at least 10 stores by next year, in Mumbai, Bengaluru and Delhi, which are the target cities for now.

Tell us about the market positioning you are looking at for Acoola.
Given that the kidswear segment is one of the fastest growing segments within the Indian apparel market, it augurs extremely well for a quality retail brand like Acoola to leverage the opportunity. In terms of retail expansion, we will be opening up stalls or stores in the selected malls. E-commerce will also be a route for expansion. We are already in talks with Myntra and Jabong for e-commerce presence. Also, plans to start Acoola’s own online portal is underway.

Tell us about the different product categories Acoola will offer?
Acools is right now offering clothing options for kids in the age group of 2-14 years. But we have immediate plans to even bring a range of clothing for toddlers from newborns to 2 year olds. So, we will have an entire range covering from newborns to 14 years kids. Besides, Acoola branded products include a broad selection of accessories, footwear, linen and sock wares. All clothing under the Acoola brand is manufactured out of high-quality materials of various textures. We will gradually add on more products to the brand portfolio but the key focus remains into the clothing segment.

Has the company curated its collections in order to suit the Indian tastes?
For the Indian market, Acoola has especially optimized its product range keeping in mind the Indian customers, while at the same time maintaining the brand’s merchandising standards. This was one of the major reasons why we chose Acoola for partnership. It is one of the few international brands which have curated their designs for India and also offers more than 6 collections in a year as against majority of other brands who offer 2-4 collections annually. Acoola’s primary focus in India will be on summer stock made of natural fabrics. For the winter season, customers will be able to buy insulated items produced out of innovative fabrics. Going forward, Concept and Saamag Group also plans to develop capsular collections specially produced for India.

How do you see opportunities in kidswear segment in India and its growth prospects?
If I understand the industry correctly, the kids segment is one of the fastest growing segments in India. What is also exciting to note is the fact that India is one of the youngest nations in the world with 29 percent of its population being less than 14 years old, which really is a sweet spot for kidswear brand to make its presence felt. We feel that there is a lot of opportunity in this segment as compared to other sectors. I suppose, the growth rate we are looking at is 14 percent on an annual basis.

Tell us about the manufacturing facilities of the brand.
The entire production right now has come from Russia. In fact for initial years, product delivery will be done directly from Russia and from factories located mainly in South Asia region. However, some part of the product will be produced in India. Going forward, we will have more focus on getting stocks from India. And also, with the opening of more stores in the country, it will help us in the pricing and it will be easy for the products to be transported from India’s manufacturing units instead of importing from Russia.

Are there plans for more such international entries in India, through Saamag Group?
As of now, the focus is on our own existing businesses. We have our own retail segment in pharmacy, which is a completely different sector. So, focus for next 2-3 years will be to keep these two segments progressing and later on, we can look for more partnerships.