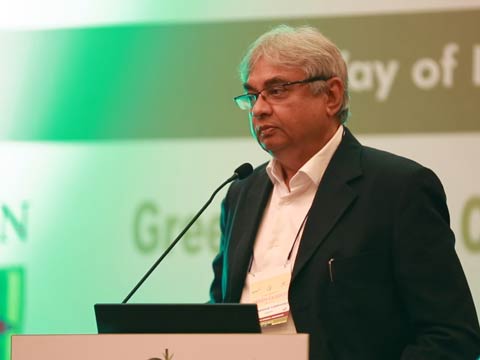 Despite there is a all around sense of unhappiness about GST, apparel retailers have by and large welcomed the move. The manufacturers and retailers are only raising concerns over 18 percent tax levied on garmenting job work under GST which could further increase the cost of garment manufacturing and final price. Traders those who were exempted from VAT and excise duty earlier have been duly raising noise because for them paying GST is the extra cost of 2-3 percent. Hence, talking about the overall sentiments of the apparel retail and manufacturing industry, Rahul Mehta, President, CMAI spoke to Indianretailer.com while adding that the prices of apparel are not expected to go down much.

Post GST how is been the overall sentiments in Industry?
The garment industry is happy with GST. There is sentiment of unhappiness about garmenting job work which will have to pay 18 percent tax under GST. For this we are in talks with the government and hopefully we will be able to convince them. For retailers and smaller manufacturers first three months could be confusing, but otherwise by and large the industry has welcomed it. There is a problem with some of the cloth traders because they are not paying taxes and sticking to the discipline could be problematic for them.

Why is there so much noise on the ground among apparel retailers and manufacturers?
The one part is these retailers are not calculating the benefits that they will be getting through input tax credit and just protesting about output tax. Secondly more important is, as far as traders are concerned, they were not either paying VAT or excise duty because they were exempted from them. And now for them to start paying GST is the extra cost of 2-3 percent which is bit of a problem for them.

Do you see price change in short or long term?
Not in all the products. In garments below Rs 1000 price tag I expect slight reduction by 1-2 percent and above Rs 1000 price tag I expect slight cost increase upto 2-3 percent. In the current competitive environment this may not be passed on to the consumers, but with some of the more expensive products price elasticity might not be very high. A lot of retailers and manufacturers who are into that bracket of Rs 1000- Rs 1200 of price tag will try to bring the price below Rs 1000.

Are large numbers of small apparel retailers ready for e-billing?
I think that is an inevitable process and not restricted to textile industry.