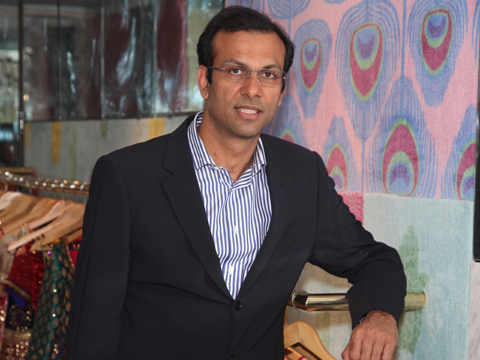 BIBA, the loving ethnic wear brand, has recently launched a campaign called, “Change the Conversation” to break certain taboo associated with our socio-economical belief system. The films picked up topics like gender prejudice in arranged marriages and recently launched film on dowry. These films have been receiving very warm responses from society and the retail community alike. To know the objective behind such thoughts, Retailer speaks to Siddharth Bindra, MD, BIBA.

Breaking stereotype always calls inspiration. So what was the story behind launching the 'Change the Conversation' 2nd film?
After tremendous success of our previous digital ad film, where we addressed the issue of gender inequality in arrange marriages, we thought of taking this initiative to the next level. Our fans and followers contributed in brain storming this idea #Change the Conversation, where we have served the evil practice of dowry system.

The actual credit for this idea goes to our Facebook followers. After the first film release, we asked our followers to suggest us on the 'Change' they want to see in the society and most of the women, strongly voiced their opinion against the evil of DOWRY and we shaped this thought.

BIBA always caters to women's fashion need and contributes to strengthen women's existence in our society. All of these defined our path in going forward with “Change is Beautiful” series.

Through these films, what kind of brand positioning you are trying to establish?
What defines Indian Woman of today? Was a major question which flounced in mind when our branding team sat together. The BIBA team always wants to portray women and reflect in its design and proceedings the transformation of Indian Women, and what the society needs to adapt in respect to that transformation. These film #ChangeTheConversation is a proof of the status of women in our society today, who are defying the social conventions and exploring traditional disciplines which were once society and men driven. Positioning BIBA as a brand which caters to all fashion needs of today’s woman is of highest priority.

Whom you are going to target? How this is going to change the social stigma that dowry has associated with it?
Dowry, which was once a major custom to follow, is still deeply rooted in Indian society, especially in joint families, where the age-old sentiments are the ones which are prioritised. It is hard for the next generation to make a shift in mindset of their elders who stay in the same family. So, we had to introduce something which won't hurt those sentiments, but make them go through an all new transformation in a subtle yet effective way. We at BIBA dreamt of a society which is evil free and we hope such moves of ours will help in curbing the social evil, may be not completely but at least give a start to the revolution.

Coming to your brand BIBA, how many exclusive outlets you own now and which are the cities you have presence in?
We are present in 80 cities with a total store count (as of today) 202.

BIBA apparel and especially the kurtis have been beautifully redesigned, incorporating fresh styles and designs. How did you identify the need for this change?
We observed the changing life-style and fashion sense of our customers. Today, they are more into things which are fashionable with a hint of ethnic touch. BIBA designs the fashion for Indian Woman, keeping in mind her comfort and style preference. And as our policy is to cater to all fashion needs of our women, we changed according to their adaption of change, adding modern taste to the old favourites. #ChangeIsBeautiful and so the redesigned BIBA apparel looks beautiful.