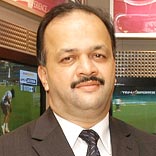 Croma is taking various steps to engage its customers both online and offline. With high visibility, Croma plans to expand its consumer base. The brand recently concluded Moments of Joy campaign. Ajit Joshi, MD & CEO, Infiniti Retail in a candid conversation with Gunjan Piplani shares more about the campaign.

Gunjan Piplani (GP): What is idea or concept behind Moments of Joy?

Ajit Joshi (AJ): The Moments of Joy campaign has so far been conducted in Mumbai and Delhi. The objective behind the campaign was to create a deeper connection with our customers through the idea of bringing people closer and spreading joy by the gifting of electronic items. The Moments of Joy van ran along a specific route, stationing itself at prominent market-places, in Mumbai and Delhi, on Diwali and Republic Day respectively. There was a big red button at the back of the van, which upon being pressed dispensed customized gift items and electronics – for example, a lady would have received a decorative item for her home or a hair-dryer, and a child would have received a stuffed toy or chocolates. Croma has adopted a simple concept of “we help you buy” which was highlighted amply through the customized nature of gifts that the van dispenser gave out.

GP: What kind of traction does Croma plan to build with this concept?

AJ: The campaign was targeted towards existing and potential Croma customers residing in major metros that are populated with a large number of Croma stores. We opted for the experiential marketing route with the view of establishing a directconnect with the entire cross section of the consumer base present at these locations.

GP: Along with free gifts, Croma was also running some in house offers for consumers?

AJ: Various types of offers are always running in-stores. They were not linked with the van. We did not push any type of offers or purchases through the van. It was purely experiential.

GP: Why specifically Diwali and Republic Day? Were the locations strategically chosen?

AJ: The success of any crowd-sourcing activity depends exponentially on the on-ground public participation. Holiday season is all about gifting, shopping and spreading cheer, and it is on this notion that we chose to engage with our existing and potential customers on occasions like Diwali and Republic Day. At New Delhi in particular, the Croma Moments of Joy van travelled through areas like Saket, Rajouri Garden and Connaught Place, to name a few. With higher than average footfall prevalent on these days especially at popular shopping areas, we successfully secured presence from members across our target group.Age group was a function of locations chosen for the van to stop. As we chose youth hang-out places largely, the target group was also young.

GP: How was campaign propagated among consumers?

AJ: It caught on like wild fire as soon as a few people first discovered that it’s a Croma van dispensing free gifts. Hoards of people followed soon after.

GP: On an average, how many people visited the Moments of Joy van and how many turned into potential walkins and buyers at Croma stores? Did this also promote the online business?

AJ: The activity was not intended to get in footfalls or buyers. It is not even possible to map it that way as no offers/discounts/coupons were pushed to the people at the van.

GP: What investments were made in the campaign? Any new cities that this campaign will move to?

The campaign is planned for Bangalore soon. Repeats may be done in Mumbai/Delhi. Investments were made only in terms of the van branding, necessary licenses/permissions to take the van around and dispense gifts and investments on the gifts.

GP: What new campaigns do we see coming in from Croma's end?

AJ: There are many new exciting campaigns/programs in the pipeline. Wait and watch.