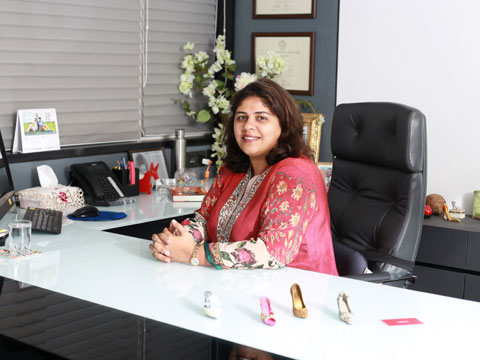 The footwear industry in India is thriving and the growing awareness about the latest trends and consciousness among consumers is only set to give it the much needed push. According to Businesswire, India is the second largest footwear producer in the world. Also, the increasing number of brands in the segment is only making the industry better and future ready. We talk to Farah Malik, Managing Director and CEO, Metro Shoes Ltd., about this evolving market.

How would you describe the current status of footwear industry in India?
India is the second largest footwear producer in the world with footwear production accounting for approximately 9 percent of the global annual production – 22 billion pairs as compared to China, which produces over 60 percent of the global production. The major footwear players in the Indian market are facing increasing competition from the internet retailing channel which offers a large number of affordable brands. In addition, although the major footwear brand manufacturers have also made their products available through online retailers, their profit margins have taken a hit due to the heavy discounts offered by online retailers. Furthermore, the demand for footwear is expected to remain strong over the forecast period. The category is anticipated to register a retail value CAGR of 7 percent at constant prices, with sales reaching Rs.778 billion in 2021. The key drivers of growth will be aspirational consumers from tier-III and tier-IV cities as more branded footwear becomes accessible to them, thanks to store-based expansion and internet retailing.

Tell us about the evolving shopping behaviour when it comes to footwear.
The way consumers are spending their money on various items has changed in recent years. With the ever-increasing penetration of internet and social media, the purchasing behaviour of Indian consumers has changed dramatically. Urbanization is taking place in India at a dramatic pace and is influencing the lifestyle and buying behaviour of the consumers. The meaning of shopping has changed; it is not just a mere necessity, as it was earlier, but much more than that. The factors that affect buying behaviour and draw customers to the shopping centers include space, ambiance and convenience and moreover an array of choices under one roof. The growth of integrated shopping malls, retail chains and multi-brand outlets is evidence of consumer behaviour being favourable to the growing organized segment of the business in the metros. Also, global fashion and lifestyle brands have suddenly started betting big on small cities of India. Moreover, it’s not just this conventional buying behaviour that acts as a motivator for luxury brands when it comes to small towns, other aspects of consumer behaviour also act as sweet carrots for these brands. For instance, lifestyle and luxury brands have been browbeaten by fake products and most of the time, such malpractices occur in small cities. Therefore, in order to overcome such challenges from hampering their brand image and business potential, these brands are now opening their own stores in these cities.

How is unorganized sector affecting this market? What do you think are the other big challenges faced by this industry?
The unorganised retail market is the most dominant and popular mode of retailing and purchase destination for the majority of India’s 1.3 billion population. Like food habits, footwear fashion changes every 100 kilometers. For example, the shortest heel preference in Chandigarh is the longest preferred in Kolkata. Hence, fashion footwear has always been dominated as well as successfully managed by local retailers. The unorganized footwear industry also enjoys the advantage of the passion and zeal of its business owners that is difficult to replicate across employees and store personnel.

What do you think are the opportunities in this industry? Also talk about the potential of tier-II and tier-III cities.
The Indian footwear market is rising expeditiously as footwear is increasingly becoming a fashion accessory. Not only this, the increasing demands for trendy, yet comfortable footwear among all age groups is a key factor driving the Indian footwear market. The availability of footwear through various retail channels and the gaining prominence of online retailers are triggering the impulse buying behaviour of consumers, thereby benefitting the footwear market.

Mobile technology is revolutionizing the tier-II and -III markets. Cheaper smartphone technology and the growing range of connectivity in Indian towns seem to be the root cause of these figures, and an online retailer must not ignore them. Women are the driving force in tier-II and -III online retail markets. In fact, they spend more than twice as much money online as men from the same geographical markets do. This is an important piece of information for online retailers to consider while building a sales and marketing strategy.

Are consumers willing to pay higher for quality footwear products?
Customers remain loyal if the brand delivers on quality and a good customer service experience and are willing to pay extra for superior customer service. If you look at the millennials, they are the first generation now who is willing consciously to spend more for better quality, for sustainability, for traceability. I think there is a change. Moreover, delivering excellent customer service experience along with consistent quality is imperative for any brand to retain customers.

Tell us about the latest trends in footwear today.
In the past, comfort was the most important factor during the selection of footwear. However, with the advent of media and increased global travel, Indians have become style conscious. Fashion footwear with comfort is now the trend in the market. Consumers are also realising that footwear is not just an accessory but an important finishing touch to the ensemble. Hence, consumers have started shopping for shoes that compliment and accentuate their clothes.

What does the future behold for footwear market in India?
I believe the footwear industry has been recognised by the Government of India as a focus sector in the ‘Make in India’ initiative whether we do it for India or we do it for the world. With global integration of Indian industry, rapid change in lifestyle, income growth at bottom of the wealth pyramid, footwear industry is expected to grow by leaps and bounds. For the Indian footwear market to explode and deliver, favourable government policies, infrastructure, removal of high doses of taxation, infrastructural support in capacity building, skill education and technology upgradation, brand building exercise, etc. should be initiated expeditiously no later than now.