Bilateral relations between India and Canada have grown leaps and bounds in the last five years. 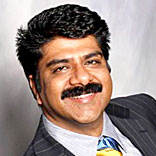 Bilateral relations between India and Canada have grown leaps and bounds in the last five years. Sanjeev Thakkar, President, Indo-Canada Chamber of Commerce (ICCC), highlights the guidelines of the trade relations and shares his know-how on the structure of the Canadian economy, which thrives on the MSME sector.

Aadeetya Sriram (AS): Please tell us about the outlook of relations between India and Canada.

Satish Thakkar (ST): The relationship between India and Canada has been in existence for a long time. Over the last few years, particularly starting from the CEPA negotiations, it has taken a different growth trajectory altogether, which is creating a right kind of environment where this relationship can be taken to a whole new level. We, at the Chamber level, have been waiting for 35 years for the kind of opportunities that lie for both the countries now. We have taken pro-active actions and initiatives in order to build the bridge between both the countries.

AS: How have both the countries benefited from this arrangement?

ST: We have been leading the delegation from a business perspective every year, have been participating at PVD for the last eight years and this year, we are focusing on covering three additional cities apart from PVD. This is one of the largest delegations ever to be coming to India. The bilateral relations between India and Canada have grown at 57 per cent over the last 3-4 years. So the current trade between India and Canada is close to $ 4.5 billion and once the CEPA concludes, we will expect the figures to triple and that is exactly what the governments of both the countries are targeting. The CEPA conclusion is expected by 2013 and within five years from that, we expect to triple our revenues from $ 5 million to $ 15 million.

AS: What is the role of CEPA negotiations with regards to the Indo-Canadian bilateral relations?

ST: CEPA opens up the market, ensures formal structure of investment and leniency on tariffs – even reduction. Licensing quotas are abolished and these leverages clearly work for the benefit of the trade between the countries, which will directly impact the figures, revenues and also growth of the respective economies. We are optimistic that once the CEPA concludes, the Indo-Canada relations are bound to take an even better upward swing.

AS: What are the challenges that the trade between these countries has come across?

ST: There are obstacles in every country around the world when it comes to trade regulations, which clearly affects the movement of goods, people, etc. The conditions and environment are very conducive to undertake trade. The strength of Canada lies in their service, technology and commodity sector, which India needs to absorb for transformation at the grassroot level. Canada is one of the largest importers of man power, whereas India is the one of the major countries, which exports its human capital to Canada.

AS: What trends in the Canadian market would be useful for the Indian market?

ST: Canada is not as densely populated as India but has access to 450 million consumers from the USA, Mexico and Canada and is supported by a $ 17trillion economy. So even though the population of Canada is 33 million, the accessibility makes it far more vast geographically. The quality of life out there is decent enough, which encourages people to settle there without too much of a fuss. One can conduct business there with relative ease and it is also the best country to do business in G7. The overall developed scenario of education, technology and service sector can be utilised to great effect in India.

AS: How is the retail sector benefiting from this trade relation?

ST: The retail outlook in Canada is not only the sole contributor to their economy, it also heavily functions due to the service sector, mining sector and technology sector performing well. Canada is one of the largest producers of rough diamond and India imports diamonds largely from the West. Our objective is to ensure that the strength of both the countries come together, hence this complementing scenario is a win-win situation for both the countries. Now with regards to retail, the Canadian companies can support the development of back-end supply chain services in the country, which is a glaring drawback in India. Canada as such does not manufacture on its own, hence reliance on the retail front is not prioritised.

AS: How important is the MSME sector to this relation?

ST: The MSME industry is a major contributor to the economy of Canada. More than 90 per cent of the economy is based from the medium enterprises. In India, the situation is definitely on the rise and the potential of the MSME sector is something everyone is optimistic about, which bodes well for the future. The difference is mainly due to the culture varying to a certain degree, which is conducive for growth in this sector.

How to make the salon automate to increase productivity?
4Min Read

How to make the salon automate to increase productivity?
4Min Read