"Innovation in eCommerce: The fun has just started" - Pranay Chulet 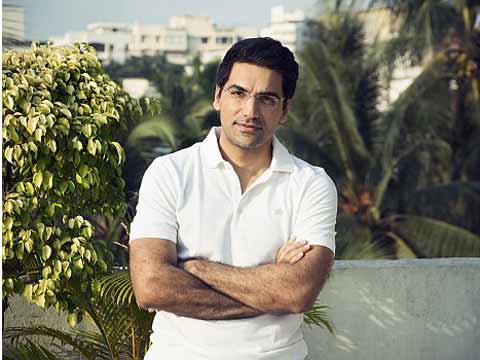 Witnessing the attractive growth with its C2C, homes, jobs and services platforms Quikr is now focusing on ‘cars’ as a category the most, while betting on the Indian market that it will continue growing through its ups and downs. Pranay Chulet, Founder and CEO, Quikr revealed his future plans during the discussion with Indianretailer.com at INK 2015.

How do you see the Indian market coming along?
Indian market continues to grow. It is in a strong growth phase right now. If you look at the actual dynamics of the industry, there is a lot of talk about the softening of financing environment and I feel it is because of external factors like China.
I am sure it’s a fast growing industry that will go through its ups and downs, but if you look at the tailwind from consumer, you’d know it is so strong that we are seeing amazing growth in our business and I am sure we are going to witness the same for some more time until everybody finds its own place in the industry. As for Quikr, there is no such platform in India and it came from a completely unrelated area.

Were there any challenges along the way?
I think when a company starts growing fast it becomes hard to maintain the same level of quality that you had as a small team and small company. I think some people go wrong there. They get so intoxicated with the numbers-driven growth they start forgetting the core values and forget the user experience. For us, it was one big tricky phase but we stayed true to the cause there. I don’t think we had that challenge because we identified that issue before we reached there.
Second challenge was access to talent, which is why we moved our headquarters from Mumbai to Bengaluru. It was tough for the company to go through the changes, but I think it was a right thing to do and its results are for us to see right now.

How do you view your competition OLX?
We still see competition from them, but I think our play ground has become broader in the last 12 to 18 months. OLX is definitely our key competitor, but we would like to take them as one of the many we have. We compete with them in the consumer-to-consumer transactions space. Somewhere along the way I realised that people are not realising how big Quikr is in homes, cars, jobs or in services which is why we undertook this verticalisation. We also compete with 99 Acres and Magic Bricks. In services and jobs we do not have any competition right now.

What are your future plans of acquisitions?
We have five verticals: Quikr C2C, where we have payment and logistics, and then we have Quikr homes, Quikr cars, Quikr jobs and Quikr services, and we will stay with these five. Within these, we already have a running sizeable business so we don’t need to acquire to get into a new area. Hence, our dependence on acquisitions is relatively low.
But our name is Quikr and we try to stay true to that value and try to move fast, so if I feel that some acquisition will help us materially increase our speed and become even bigger in the space, then we will look at it. I will use the phrase of legendary Warren Buffet, which is “Good Assets at a Fair Price”, so never “Bad Assets at a Bad Price” and not even “Good Assets at a Very High Price”. We are likely to get a small investment in the entertainment marketplace, of which you will hear soon. We have got enough funding to focus on building these verticals.

Which of these verticals are doing well?
It depends in which way we asses that. Revenue wise, Quikr Homes and Quikr Services are far bigger than others. Quikr Jobs is climbing up fast; as for Quikr Cars, I think cars, in general, is a lower-revenue category except you can generate advertising revenue from OEM’s, which is easy money but it doesn’t scale beyond a certain point. I do see Quikr Cars climbing but over time. Quikr Jobs will become very big for us soon. If you look at the number of listings Quikr Homes, Cars and C2C are very large for us.

What are your future plans with Quikr Cars?
Ours is the only car vertical that is providing consumer car inspections. Lot of people say that they have inspection reports, but that is inspection reports of dealers’ cars. The harder problem to crack is how you would provide inspection reports for consumers who want to sell their cars because there you have to send a guy to their home. So, we want to scale that up more, we are already inspecting tens of thousands of cars every month. We are also looking to increasingly get aggressively in OEM advertising. I think it’s a good market, but it’s not going to scale much. We know that, but we will work towards it very well.

Services as a segment is growing in a big way and innumerable tech startups are disrupting the industry, what do you have to say to that?
It’s a very hard problem to crack at a small scale. We should not go deep in services until we are of a very large size. ‘Services’ is a very fuzzy area, what a person is looking in terms of services from a maid is very different from another person’s expectations. In services, you will need a different quality level, which will have different price points. If you are a young start-up and are trying to start a ‘Services Marketplace’, then I think it’s very difficult in my view. I know there are some 50-odd start-ups that got funded in the last one year.

When there is a valuation boom, how would you view the profitability factor?
Profitability is a good thing to have, but we don’t have it yet. I estimate that in 1-2 years, we will meet it. Valuations might go through ups and downs as the industry grows and declines, but the reality is whichever company will be successful five years from today’s valuations will look like green teas at that time. It is just difficult to spot who the winners will be.

Don’t you think there is some sort of a saturation happening in the eCommerce space?
No, I think the fun has just started in terms of innovation. We are very different than the many other major markets in the world, we are so mobile dependent. So far the larger companies you see have all been inspired by the Western models, but there is no question of them not growing. The Internet-wise iGen of India will see new models as you and I can’t imagine today. If you step back and expand the definition of tech to beyond pure Internet, then I personally think we will see some big things happening in the wearable computing space, in home security and online video verticals.

In the tech startup space, which sectors do you think are positive and will flourish in India?
There are a lot of good sizeable marketplace companies and I am sure there will be more and more innovation in that area. There will be more specialised eCommerce companies to look out for and so on.

You have already raised $150mn funding so what is the key to raising money from investors?
I think the key is to build your business the way you should build it and not build it to seek financing. Good things happen automatically! If you have a good business, investors will always find you and they would want to invest. It doesn’t work perfectly always. In the early stage, a company can have trouble raising financing, but beyond a certain scale you should do the right things and you will find investment.