Merchant Discount Rate is either not existent or low: Ranjit Satyanath

Retail People
Merchant Discount Rate is either not existent or low: Ranjit Satyanath 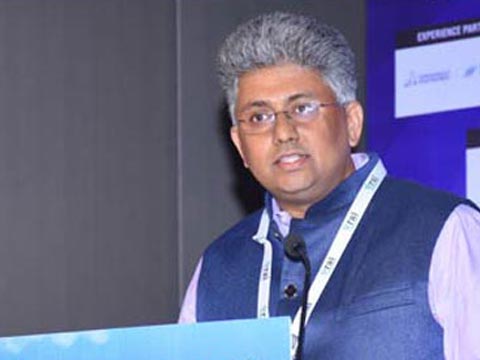 Retailers are bewildered of adopting multiple digital payment options while they are slightly unclear of benefits of each of those options. Also these retailers are somewhere at a loss with MDR with government options which is either not existent or low and no one is pushing it while large number of consumers are also not aware about government promoted payment options. In the organized retail industry 80 percent of the payments are being done through cards and rest is being done through cash and digital wallets. Thus, talking about state of multiple digital payments options in the retail industry, Ranjit Satyanath, Head- Technology, Infinity Retail Ltd. spoke to Indianretailer.com during ReTechCon 2017 in Mumbai.

What is the issue with government payment option?
The option that the government is providing is really great, but consumer awareness is very necessary. If there is no consumer awareness then usage doesn’t reach to any significant level. But, I think from retailer’s perspective, the Merchant Discount Rate (MDR) etc. is either not existent or low and unfortunately no one is pushing it.

Overall how do you see the role of the government as an aggregator and regulator of the payment options?
I think government is driving the change very hard and doing a great job. They have really leapfrogged the payment ecosystem by 2-3 years within a few months. I don’t see that as a big challenge because ultimately the customer will go where he gets the most benefits. NPCI is working towards infusing 7mn POS terminals in the market. They may not reach it but they are definitely going to come closer and they definitely want to make an attempt. They have also taken a step in the right direction by diluting the requirements on POS. It’s far easier to comply with POS conditions than it was earlier.

How secure is digital payment system in the country amid data leaks happening across the globe?
In think wherever there is a financial transaction, whether in cash or digital, there is very real risk of fraud. There will be newer ways to commit fraud that will get uncovered and there will be methods discovered to combat them. I think it’s a business as usual as far as security of the digital is concerned. I don’t think that so far in the country anything has happened to convince us that going the digital payment mode is fraught with risk and should not be done. Therefore I don’t think there is anything to be concerned about.

Out of all the digital payments what is the ratio of card and online transactions?
Organized retail card payment is now stabilized at 80-90 percent. The rest of it is cash largely. There was a spike in mobile wallet payment as long as cash back were there, but once the cash back have gone down the wallet payment also pitted down. During demonetization cash was about five percent and now it has reached between 10-15 percent and rest of it is cards and mobile wallets and other options.

Do you see GST as a step in the right direction for retail industry?
I think GST is definitely a step in the right direction. It is going to have great impact on our economy. Retailers are looking at it with a lot of interest and I don’t see any issue with it right now. In the short term there may be few teething issues, but if people are convinced that it is being done with the right intent then those issues will get resolved fast. The long term prospects for GST are fantastic.