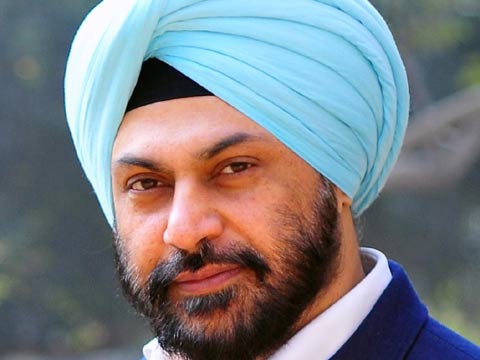 Revealing that on OLX used cars, mobiles and bikes are the key categories dominating the transactions while being sold on the same day and sometimes in the same hour, Amarjit Singh Batra, CEO, OLX India while speaking to Indianretailer.com further explained the strategies of the company and his foresee of changing buying and selling patterns in India.

Which are the categories doing better on OLX?
The categories that have picked up faster and have been the strongest is used cars as people are already used to buy those. Parallel to used cars is a mobile which is again extremely a big category and we are actually the only destination for used mobiles online today in the country.

Icing on the cake for us the category is bikes which is the big category as there is no organised offline trade of used bikes in the country so we are probably the big platform for used bikes. These three by far are the biggest categories. After these we have electronics and furniture as another big segment which are growing very well.

What is a minimum to maximum buying selling cycle on OLX?
When we started it used to take a week time to sell and now the best part is most goods sell is happening during same day and sometime during the same hour. In most of the categories the cycles has gone to within a day. The moment you post on OLX and the product is good at good price then buyers are waiting for it. We are the consumer to consumer site we have observed the situations where aspiring buyers are asking sellers to wait and are coming within few hours to pick up the item.

Sometimes some items may take 48 hours or three to four days also but in these cases the seller is actually trying to compare a lot of potential buyers or sometimes they are not available.

What is the age cycle of the products?
It depends on the items if you look at cars then it’s about three years old and in terms of mobiles it’s less than a year because people are changing mobiles much faster. People are selling mobiles on OLX to fund for new ones. Still a lot of exchange is happening offline but those who are doing it have not tried OLX. Exchange gives 20-30 percent lower price than OLX.

We have observed that a lot of young people selling on OLX they may not own the goods but they are actually selling for their parents or family. In a way it’s a much wider TG that we operate on.

Which are the factors compelling the sellers to sell more on OLX?
The biggest reason is people want to upgrade, they want the unlocked value for their items like car or mobile. Apart from value these items are also blocking space in the house one can’t have two parking slots in the house premise or two sofa sets in one room.

Some sellers are also actually looking to make extra money. There are a lot of users habitual of buying and selling and they find it very interesting. They are using OLX as a platform for buying now selling in sometime and rebuying different items.

How much metros and smaller towns contributes the traffic?
Key metros contribute 40 percent of the traffic, the tier I, II and III towns brings another 40 percent and the rest 20 percent comes from remote towns. The promising market is still in the metro cities. The biggest traffic on the site is contributed by 18 to 36 years old.

In future which you see as other potential categories?
In future there will be more impulsive buying in smaller segments like high end high end fitness goods, health stuff, baby products like trams and seasonal stuff like used books for collegians- those books which anyway people don’t need after the end of an academic year and they are actually using OLX to sell.

However Quikr ventured into services do you think it will be the next potential area for future growth?
We are actually the online classified service provider our focus is been in this space because India is a large market. With going into many things at one time people don’t do justice with one thing. Without focusing on some of the other categories we are still probably one of the top players of real estate and local jobs.

Services could potentially be the future but our continuous focus is to give the best C2C experience and build the best C2C buyer and seller base.

While redefining the buying and selling habits how do you foresee the future patterns?
I think online is here to stay and it is solving some major problems for people while helping them become better. Current trend is more about messaging, social networking, videos and so on as we will go forward people will seek  more utility stuffs like finding jobs, selling and buying stuffs and that’s where the companies like us will actually become more mainstream to become a part of the daily life of the consumer. In the future we will be focusing on larger category of goods but right not we are not thinking that ahead.

There is still a larger spectrum of users who have not tried online in a big way. Our focus is to build a strong loyal base of users, great user experience and a strong brand.

When you will break even?
We don’t want to breakeven because we are actually looking to grow the market which means we will have to invest for some time. We are backed by the company called Naspers for sufficient funds and build a real business for long term.

Some of the companies which are raising funds could potentially sell out tomorrow but we will not out to anybody. Marketing is still the biggest investment for us. Out of our total digital marketing budget 70 percent we spend on apps. We have very leanest operation as we are a very low touch company. Our users impact to each other and we get 3 billion page views a month. We are among the top two or three sites in India in terms of use base.